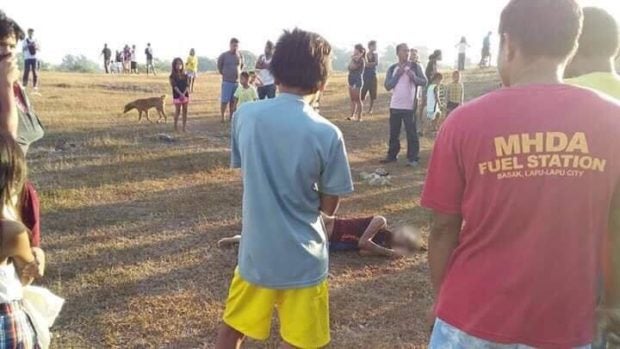 MANILA, Philippines — The Commission on Human Rights (CHR) strongly condemned the killing of a 16-year-old girl in Lapu-Lapu City and vowed to assist in the investigation to send the killers in jail.

In a statement, the CHR said the act “desecrates human dignity” and that no one deserves to experience such violence.

“The Commission on Human Rights strongly condemns the brutal rape-slay committed against a 16-year-old girl in Sitio Mahayahay, Barangay Bangkal, Lapu Lapu City. No one deserves to suffer from such violence, especially that the victim is an innocent child,” the CHR said late Monday night.

“This act desecrates human dignity and must be punished. To this end, CHR-Region VII will be dispatching a Quick Response Team to help in the investigation and in pursuing all perpetrators of the said crime,” it added.

Other reports, though, said the victim was 17-years-old.

The CHR’s statement was issued after the body of Christine Silawan was found in an empty lot on Monday morning.

Silawan was reportedly raped before her face was skinned to the bones, exposing her skull.

Manhunt operation is now underway to arrest the three perpetrators of the crime. /jpv

READ: Hunt on for 3 men behind skinning, slay of Cebu student