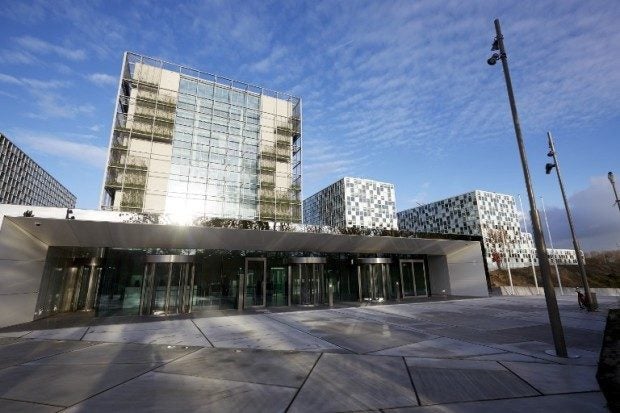 MANILA, Philippines – Without any action from the Supreme Court (SC), the Philippines’ withdrawal from the International Criminal Court (ICC) will take effect on Sunday, March 17.

The SC failed to issue a ruling on the consolidated petitions filed by six opposition senators and Philippine Coalition for the International Criminal Court (PCICC) led by former Commission on Human Right chairperson Loretta Rosales.

This Tuesday is the last en banc (full court) session before the ICC withdrawal officially takes effect this weekend.

A court insider said the justices did not tackle the ICC petitions.

The insider, who requested anonymity due to lack of authority to speak for the court, said that without a restraining order, the withdrawal of the Philippine government from the ICC could take effect as scheduled.

“The withdrawal from ICC takes effect, without prejudice to the Supreme Court resolving the petitions later on and ruling on the prayer for issuance of writ of mandamus,” the source said.

Petitioners told the SC that the Constitution was violated when Duterte unilaterally withdrew the country’s membership.

They insisted that the Constitution requires ratification of treaties and international agreements by the Senate.

They specifically cited Article VII Section 21 of the 1987 Constitution, which states that “entering into a treaty or international agreement requires the participation of Congress, that is, through the concurrence of at least two-thirds of all the members of the Senate.”

But Solicitor General Jose Calida argued that the Court no longer has jurisdiction over the matter after the ICC officially accepted the Philippine government’s withdrawal last year. / gsg