MANILA, Philippines — One of the suspected top suppliers of party drugs in Metro Manila was killed during an operation by the Philippine Drug Enforcement Agency (PDEA) in Sta. Cruz, Manila on Monday night.

A report from the PDEA said that the operation’s target, Steve Pasion alias “John,” sustained a gunshot wound in the chest. 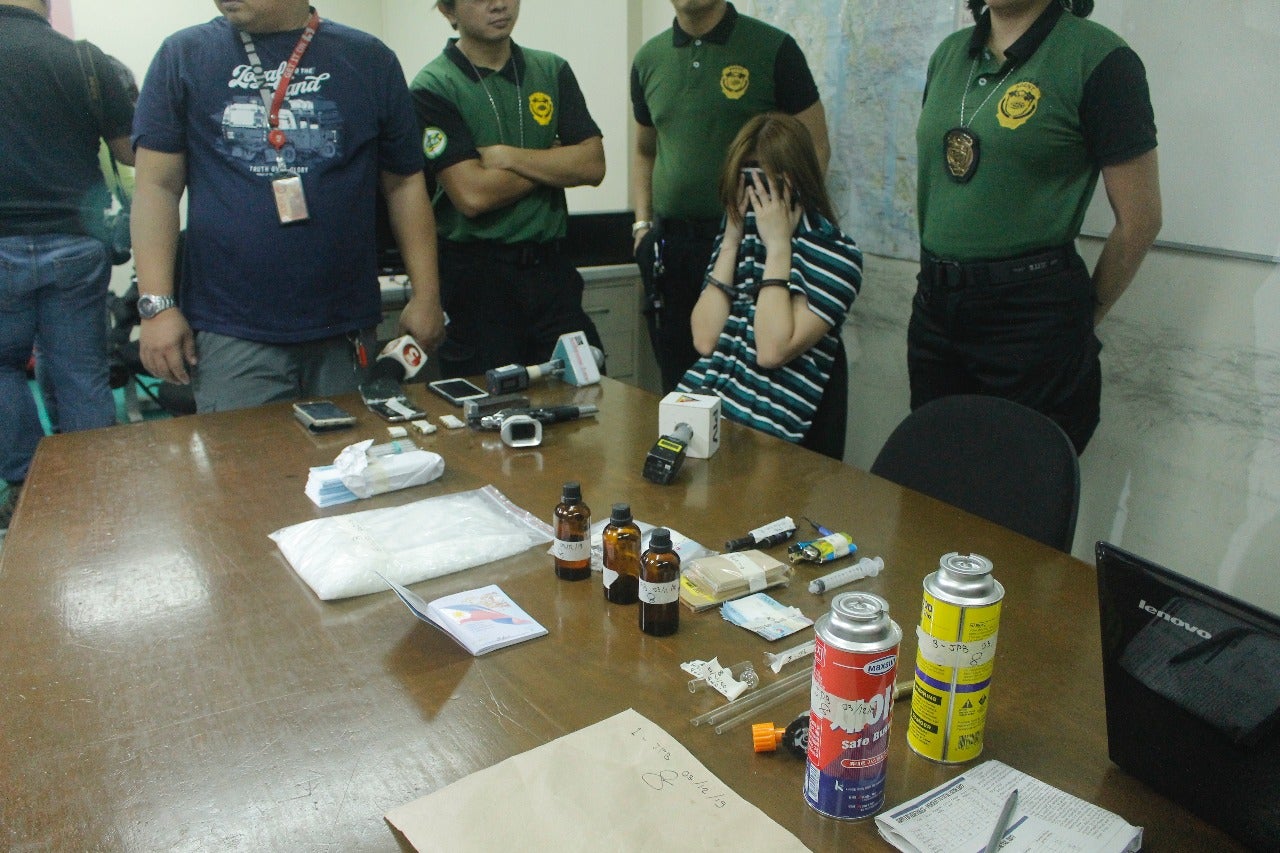 PDEA officials present the illegal drugs recovered from Steve Pasion who was killed in an earlier buy-bust operations, and his live-in partner Irene Mercado during a press conference on Tuesday. Photo by Gabriel Pabico Lalu /INQUIRER.net

Ortiz said Pasion was driving his Toyota Fortuner sports utility vehicle near his condominium unit along Rizal Avenue corner Doroteo Jose Street when combined operatives from PDEA’s National Capital Region office and the Drug Enforcement Unit of the Manila Police tried to arrest him at about 10:45 p.m.

But instead of surrendering, police said Pasion reached for his pistol and tried to grab the gun of an agent who approached him.

“Sa loob ng sasakyan, before siya nakalabas, ‘don na nangyari ‘yong (shootout).  Right there and then, dinala siya kaagad sa hospital.  Unfortunately, he succumbed to (death due to) his gunshot wound,” he said.

Pasion’s live-in partner Irene Mercado alias “Sophie” who was also inside the SUV was arrested during the operation.  PDEA later raided Pasion’s condominium unit and seized more than P6 million worth of illegal drugs.

Seized inside Pasion’s condominium unit were a kilogram of shabu valued at around P6 million and three bottles of liquid ecstasy worth P75,000 and other drug paraphernalia.

The seized pieces of evidence that included Pasion’s loaded .45 caliber pistol and cellular phones that supposedly contained information about his drug transactions were forwarded to the PDEA’s Laboratory Service for examination.

Mercado meanwhile was presented during the press conference but refused to talk. She will face charges for violating Sections 11 (Possession of Illegal Drugs) and 12 (Possession of Equipment) under Article II of R.A. 9165 or the Comprehensive Dangerous Drugs Act of 2002.

During the press conference, PDEA also showed copies of text conversations, photos, and videos which according to the anti-drugs agency proves Pasion’s activities as a drug dealer.  According to SES team leader Art Alagabia, they also retrieved exchanged text messages between Pasion and his father, who seemed to be aware of the suspect’s activities.

“That’s the text of his father.  So alam ng daddy niya,” he added.

There were other text messages between Pasion and his distributors including a certain Ronnie Torribio who was arrested in an anti-drug operation last February 8.

According to PDEA, Pasion’s distributors pay for the drugs through his Chinese restaurant which Ortiz claims is being used as a front for the drug operations.

According to the PDEA, before he died, Pasion also tried to destroy his phone, which had incriminating information as he kept his ‘selfies’ with ecstasy tablets imported from the Netherlands.

Pasion also had videos where he and another man supposedly drugged a woman with liquid ecstasy.  Alagabia then showed photos of Pasion posing with the same woman, who was this time naked and unconscious, along with several other naked women.

Mercado meanwhile said she was unaware of Pasion’s activities.