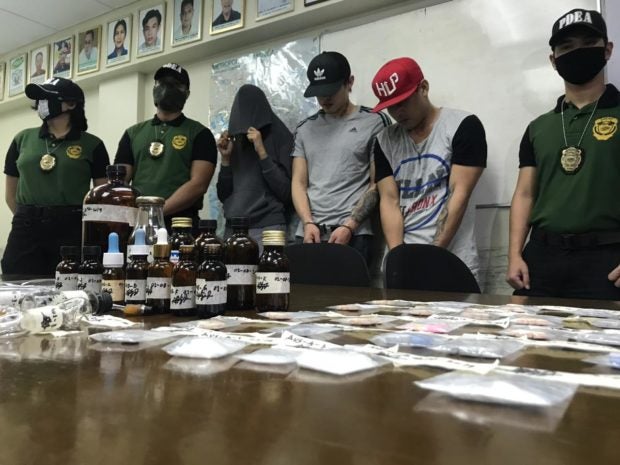 The three arrested suspects (3rd, 4th and 5th from left) along with the P820,000 worth of party drugs are presented to members of the media at the PDEA headquarters on Friday, February 8, 2019. Noy Morcoso / INQUIRER.net

MANILA, Philippines – An estimated P820,000 worth of party drugs was confiscated from two part-time models and an event organizer in a condominium unit in Quezon City on Friday.

Operatives of the Philippine Drug Enforcement Agency (PDEA) arrested Billy Joe Kakilala and Ronnie Toribio, both part-time models, and Abby Forteza Oban, an event organizer, during the operation in the condominium unit along Tomas Morato at around 11 a.m.

The suspects were brought to the national headquarters of PDEA in Quezon City and will be charged accordingly. / gsg