Robredo says she will no longer respond to insults 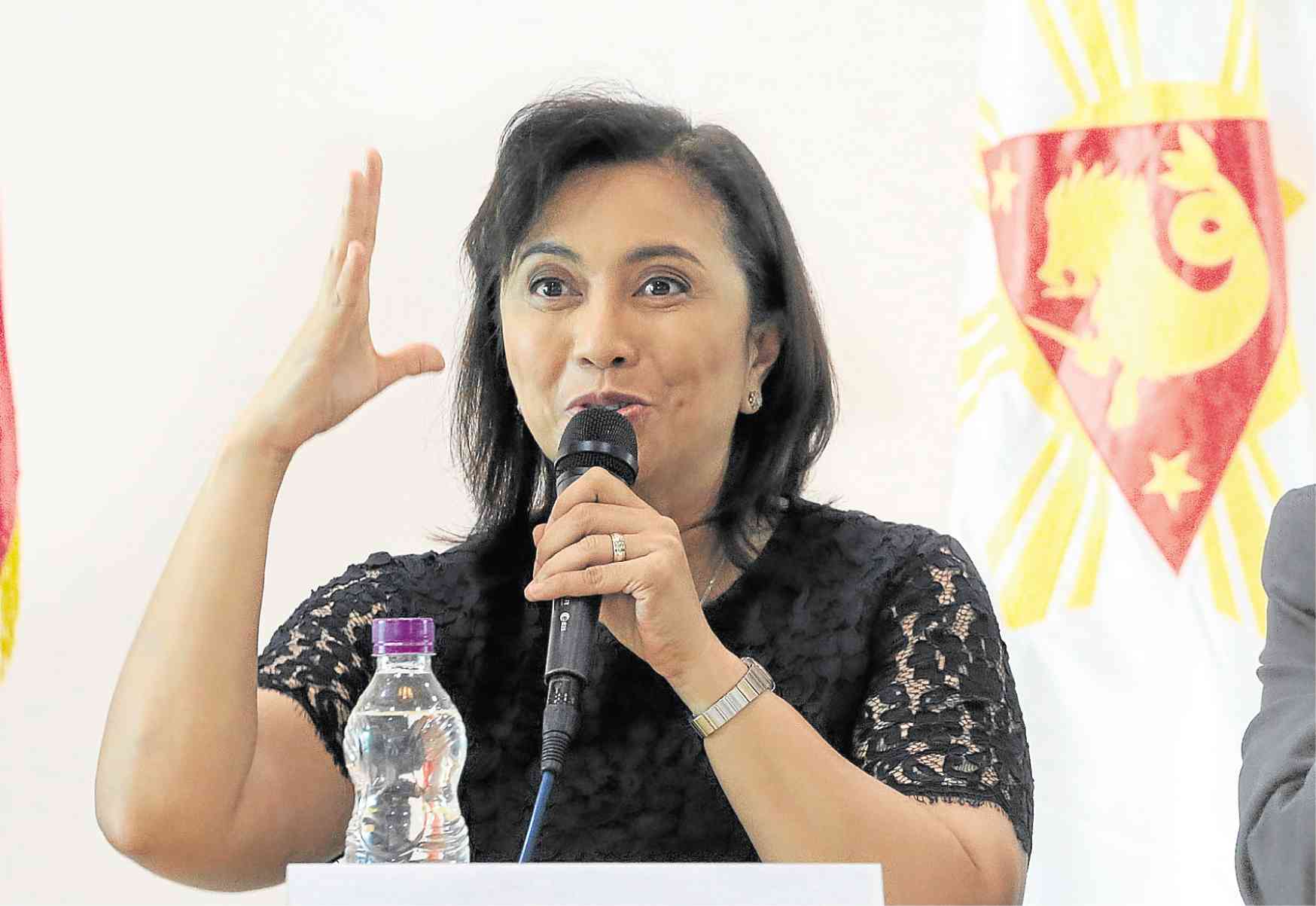 MANILA, Philippines – Vice President Leni Robredo said she would no longer respond to insults hurled against her as it distracted from issues that must be addressed for the benefit of the public.

Robredo made the remark after Davao City Mayor and Hugpong ng Pagbabago (HNP) chair Sara Duterte-Carpio said she would end the word war against the opposition as advised by her mother.

Duterte-Carpio earlier said she was reprimanded by her mother for bullying critics of his father’s administration.

The Vice President, however, maintained that she would remain critical of policies and pronouncements of the administration but not engage in exchanges of foul words.

The word war against Duterte-Carpio and Robredo heated up when the Vice President reacted to Duterte-Carpio’s remark that “honesty should not be an issue” in the 2019 elections, saying honesty is a “huge factor” in determining one’s integrity.

The Davao City mayor, who is also the chair of the Hugpong ng Pagbabago (HNP) party, retorted by saying that Robredo should not comment on honesty since her honesty had been in question since she assumed the vice presidency.

Duterte-Carpio said Robredo was facing an election protest for “massive fraud” in the 2016 elections and was being called “fake VP” for a reason.

“She has refused to answer allegations of her relationship with a married man. She may or may not get away with these but we all know she is not forthcoming in everything,” the Davao mayor added.

The Robredo camp responded by saying the HNP chair should “read real news” so she could avoid issuing statements based on “fake news.”

Finally, Duterte-Carpio hit back saying that the vice president should not hide behind her camp when responding to an argument as it showed “fake courage.”

Robredo maintained that the issues against her has also already been addressed and should not be used to “deflect” from the issues in the midterm elections.

She said the focus should be on the 2019 candidates and the issues they must address.