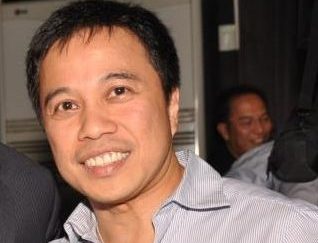 MANILA, Philippines — The Philippine National Police (PNP) on Monday tagged the brother of businessman Dominic Sytin as the alleged mastermind in his murder, citing testimony from the alleged gunman who was arrested in Batangas on March 5.

PNP chief Director General Oscar Albayalde identified the alleged mastermind as Dennis Sytin, Dominic’s younger brother, and the alleged gunman as Edgardo Luib, who was arrested after a witness gave probers a lead on his identity.

“Based on the investigation conducted by the SITG (special investigation task group), it was shown that the killing of Mr. Dominic Sytin was based on dispute or disagreement between the victim Dominic and the principal suspect Dennis,” Coronel said at a press conference in Camp Crame.

“Apparently they were quarreling over shares or control of shares over operations of the United Auctioneers International (UAI),” he said. Sytin was the founder and chief executive officer of UAI.

When police arrested Luib, they seized from him three guns, including the caliber .45 pistol, that matched two slugs and nine of 13 bullet casings found at the scene where Sytin was shot dead.

Dominic Sytin was killed on November 28, 2018, when a motorcycle-riding gunman shot him outside the Lighthouse Resort and Hotel in Subic Bay Freeport. Sytin’s bodyguard Efren Espartero was also wounded in the incident.

How the murder was carried out

According to Albayalde, Dennis had a contact named Ryan Rementilla, whose real name is Oliver Fuentes, who contracted his childhood friend Luib to carry out the murder.

Director Amador Corpus, chief of the PNP Criminal Investigation and Detection Group (CIDG), said that Fuentes changed his name to enter the UAI in 2001, since he had a standing warrant of arrest for murder.

In August 2018, Dominic discovered that Fuentes was embezzling from the company, which prompted him to fire Fuentes, according to Corpus.

Fuentes then joined Dennis in his own company, and in September, they met with gunman Luib and another John Doe suspected to be a tipster on Dominic’s movements.

Corpus said Dennis promised to give P1 million to Luib in exchange of killing his older brother, but the gunman only received P50,000.

The CIDG director also revealed that Dennis was removed from the UAI in 2015 for allegedly diverting funds from the corporation to his own company. From that time on, Dennis had been “off limits” at the UAI office.

(There was one instance during the course of our investigation when we found out that Dennis was trying to get inside UAI but was blocked by the guard. That’s how intense their feud was, which became worse when Oliver was removed from the company, and when he relayed it to Dennis, the latter took him to his company.)

Coronel also said that during the probe, Dennis told the investigators that the possible motive behind the murder could be business rivalry with other groups.

Albayalde said Dennis was still in the country but the police needed to wait for a warrant of arrest before he could be brought into custody. Fuentes, however, has reportedly already gone into hiding. /cbb