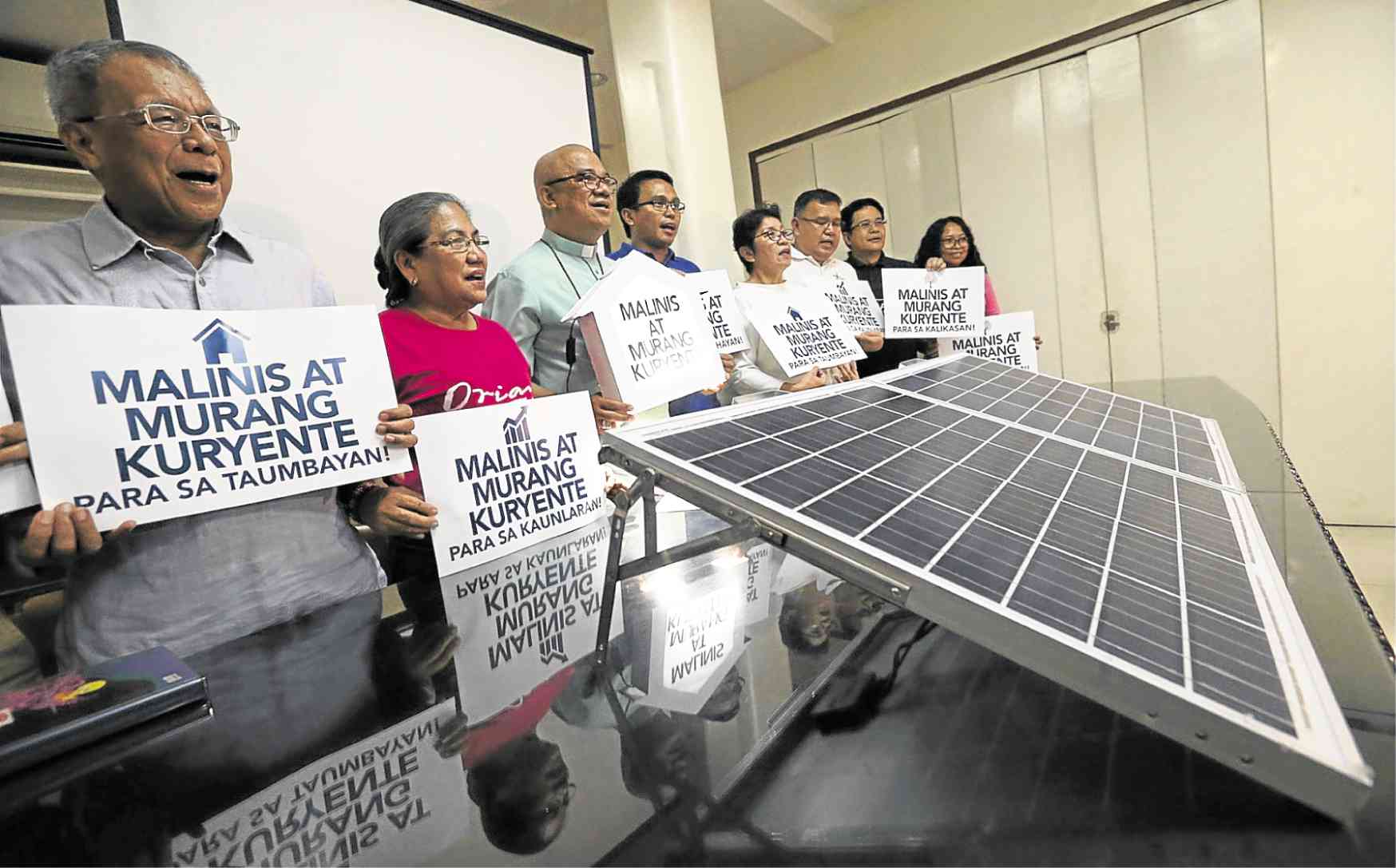 CLEAN AND GREEN Church officials and clean energy advocates use a solar panel as props during the launch at the Catholic Bishops’ Conference of the Philippines office of a campaign for candidates to espouse nonpolluting and affordable sources of energy. —LYN RILLON

A bicameral committee approved the final version of the bill that could eventually bring down households’ electricity expenses by nearly P1 per kilowatt-hour, according to Sen. Sherwin Gatchalian.

This would be achieved through the use of the P204-billion government share from the Malampaya fund to pay for the stranded contract costs and debts assumed by the Power Sector Assets and Liabilities Management Corp. (PSALM), said Gatchalian, the bill’s main proponent in the Senate.

This would cut the biggest components of the universal charge that is passed on to consumers and stop it from increasing.

The Malampaya fund refers to the government share from the production proceeds of the Malampaya Natural Gas Project.

Gatchalian estimated that 60 to 70 percent of the Malampaya fund would be used to pay for the stranded costs and debts assumed by PSALM.

The rest of the Malampaya fund would be used for energy exploration activities, he said.

“This is the first bill that would give savings directly to consumers,” Gatchalian said, adding that many are looking for ways to save given the rising cost of goods.

But the nearly P1 savings per kWh would not be felt at once as the implementation of the measure would be staggered.

At present, the stranded debts and costs are 22 centavos per kWh.

The 22 centavos per kWh savings amount to about P50 per month for an ordinary family, he noted.

The bill would have to be ratified by both the Senate and the House of Representatives in May before it could be sent to President Duterte for his signature.

Some 16 million households would benefit from the measure.