MANILA, Philippines — The National Capital Region Police Office (NCRPO) released on Wednesday photos of text message threads between an arrested police officer and his alleged accomplices in the Eastern Police District (EPD) as proof of their alleged conspiracy in a robbery-extortion case.

In the text messages released by the NCRPO, Quibete was documented to be communicating with Maj. Allan Miparanum, chief of the EPD anti-narcotics team, and with Master Sgt. Ryan Escorial, Staff Sgt. Frederick Nervar Jr., and a certain “PO3 Roque.”

Under the previous police ranking system, PO3 stood for Police Officer 3, which is equivalent to “Staff Sergeant” in the current system. 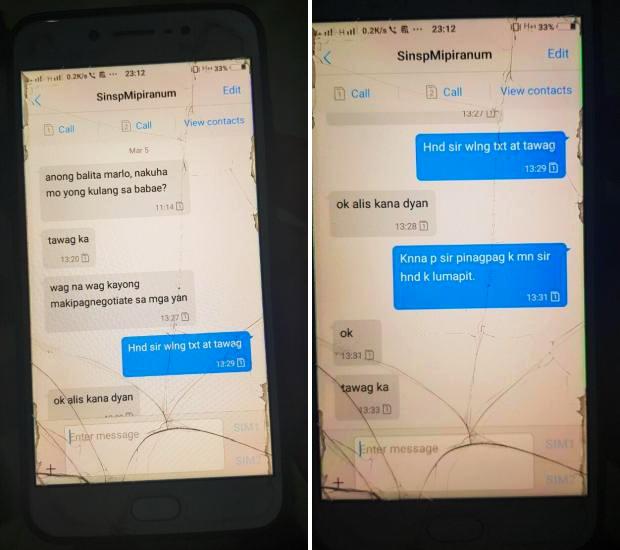 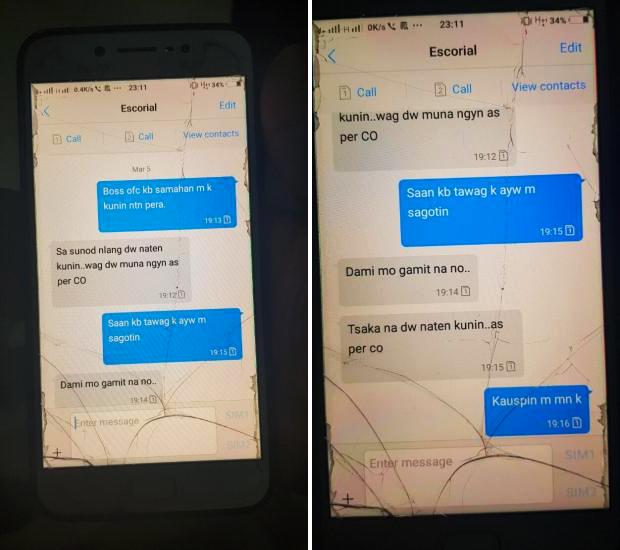 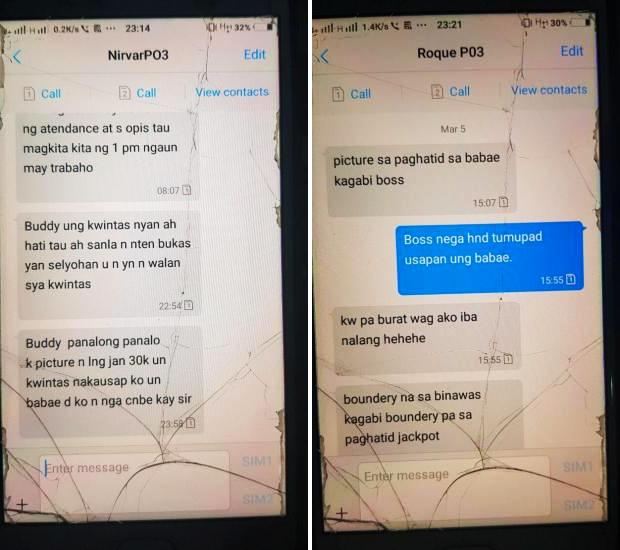 PNP chief Gen. Oscar Albayalde has ordered Eleazar to expedite the criminal and administrative proceedings against the arrested officers. /atm