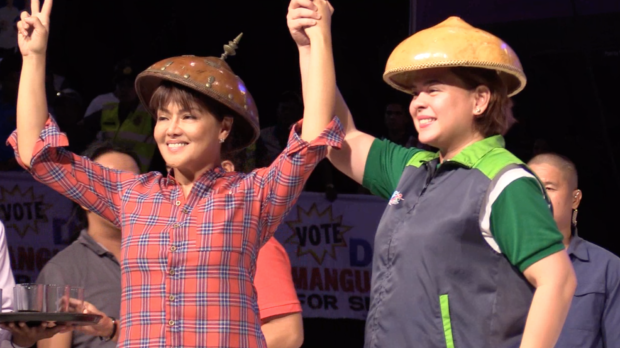 Earlier, Duterte-Carpio said she will talk to Marcos to shed some light about her controversial school records.

Marcos claimed that she has a college degree from Ivy League school Princeton University. She also claims to have earned a law degree at the University of the Philippines (UP).

The two prominent universities, however, issued separate statements denying that the daughter of the late strongman Ferdinand Marcos had graduated from their respective institutions.

Marcos has been evading questions over her supposed law degrees since the educational institutions denied her claim.

Duterte-Carpio also said that the younger Marcos is still qualified to become a senator as she has fulfilled the minimum educational requirement.

“Sinabi ko naman sa kanya in any event whatever it is, the law, our Constitution only requires for the President, the Vice President and the Senators to be able to read and write and she can very well do that given her track record as governor,” Duterte-Carpio said. /je