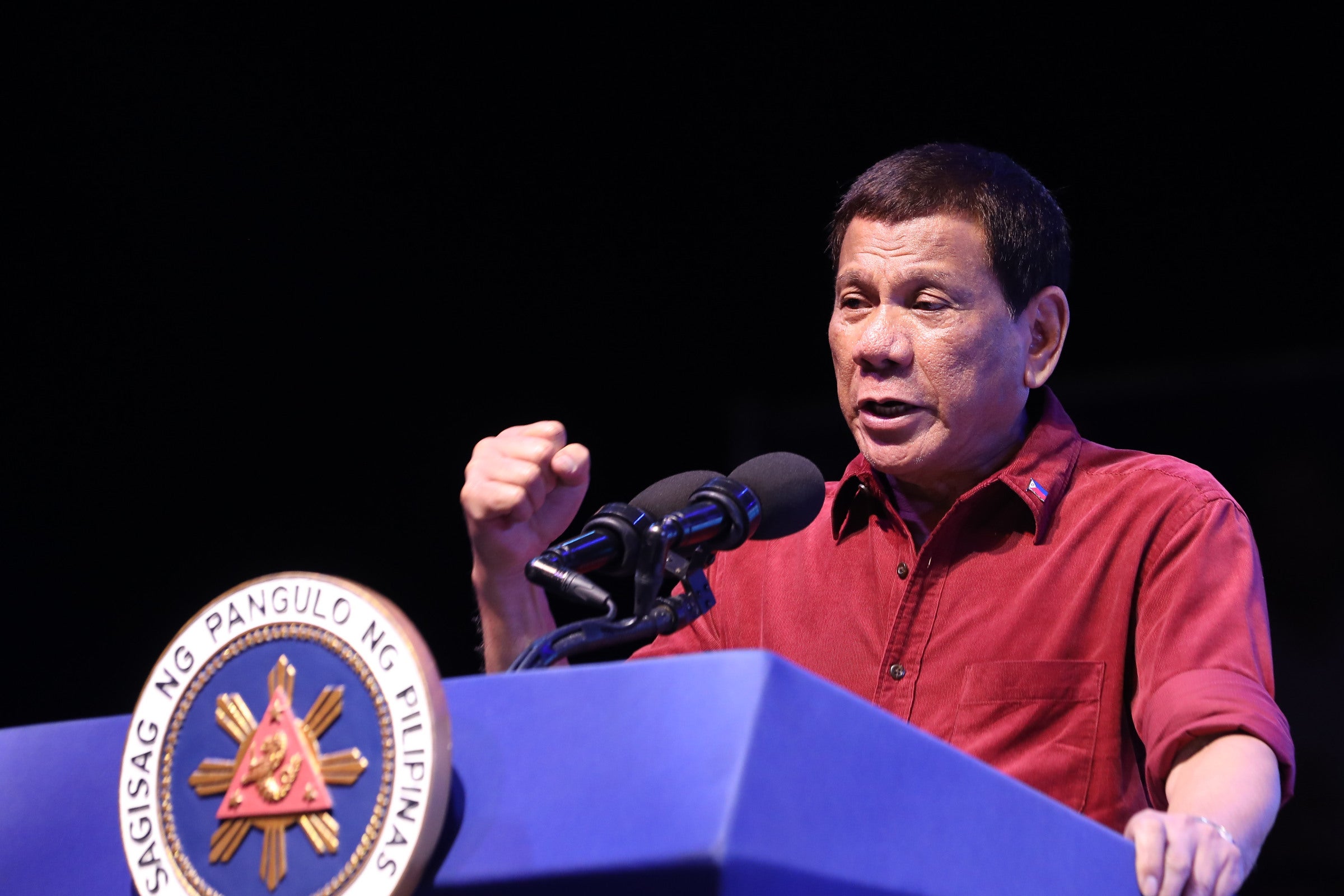 MANILA, Philippines — President Rodrigo Duterte has agreed to release the ‘narco list’ ahead of the May 2019 midterm elections, Malacañang said Tuesday.

“We discussed it after [the Cabinet meeting]. The position of the President was the position that I made [for the release of the narco list],” Panelo said in a Palace briefing.

He said the narco list was expected to be released next week, according to Año.

“From what I gather from Secretary Año, next week, that’s what he said. And we’ll be filing administrative charges as well as criminal charges against those in the list,” he said.

The Palace official said “you cannot let the people wait” as he justified the release of the narco list.

Panelo said suspension of the politicians in the narco list would be possible.

In an interview with ABS-CBN news, Panelo said politicians “open [themselves] to criticism as well as exposure of [their] involvement to anything illegal” when they run for public office.

He said those involved in illegal drugs have waived their right to presumption of innocence.

“These candidates who were involved in drugs have, to my mind, waived the right to such right of being given the presumption of innocence. Why? Because they know they are involved there, they run for public office and its fair game — you open yourself to criticism as well as exposure of your involvement to anything illegal,” he said.

Panelo said some of the evidence against those in the narco list were from wiretapped communications provided by foreign countries.

“All countries help each other in fighting terrorism and criminality. Siguro in the course of this cooperation, nagbibigay sila ng impormasyon,” he added.

The Palace official said there was nothing wrong with receiving wiretapped conversations from other countries regarding suspected criminals.

“Walang batas na nagsasabing iligal iyon, kung binibigyan tayo ng impormasyon. In fact, we should be thankful na we are being provided with information relative to criminal activities in this country,” he said.

Panelo said the public should be thankful that foreign countries were providing the government with information.

“Sabi ko nga dapat magpasalamat tayo kung binibigyan tayo ng impormasyon eh. We should be thankful kasi we will be destroying the criminal activities because of information given us,” he said.

Asked if this does not violate privacy rights of Filipinos, he said the welfare of many should always be protected rather than the right of an individual.