BANGUED, Abra, Philippines — About 5,000 people have gathered in front of the Divine Word College of Bangued here for the campaign rally of ruling party Partido Demokratiko Pilipino–Lakas ng Bayan (PDP-Laban) on Tuesday.

President Duterte is expected to lead the political rally for PDP-Laban senatorial candidates together with the local candidates at 3 p.m.

Tight security has been set in place with the Presidential Security Group and the Police Regional Office Cordillera ensuring the safety of Duterte and the senatorial aspirants.

This town has been identified as an area of concern by the Commission on Elections (Comelec) in the coming midterm elections in May.

Nine other towns in the province have been identified as areas of immediate concern by the Comelec. /cbb 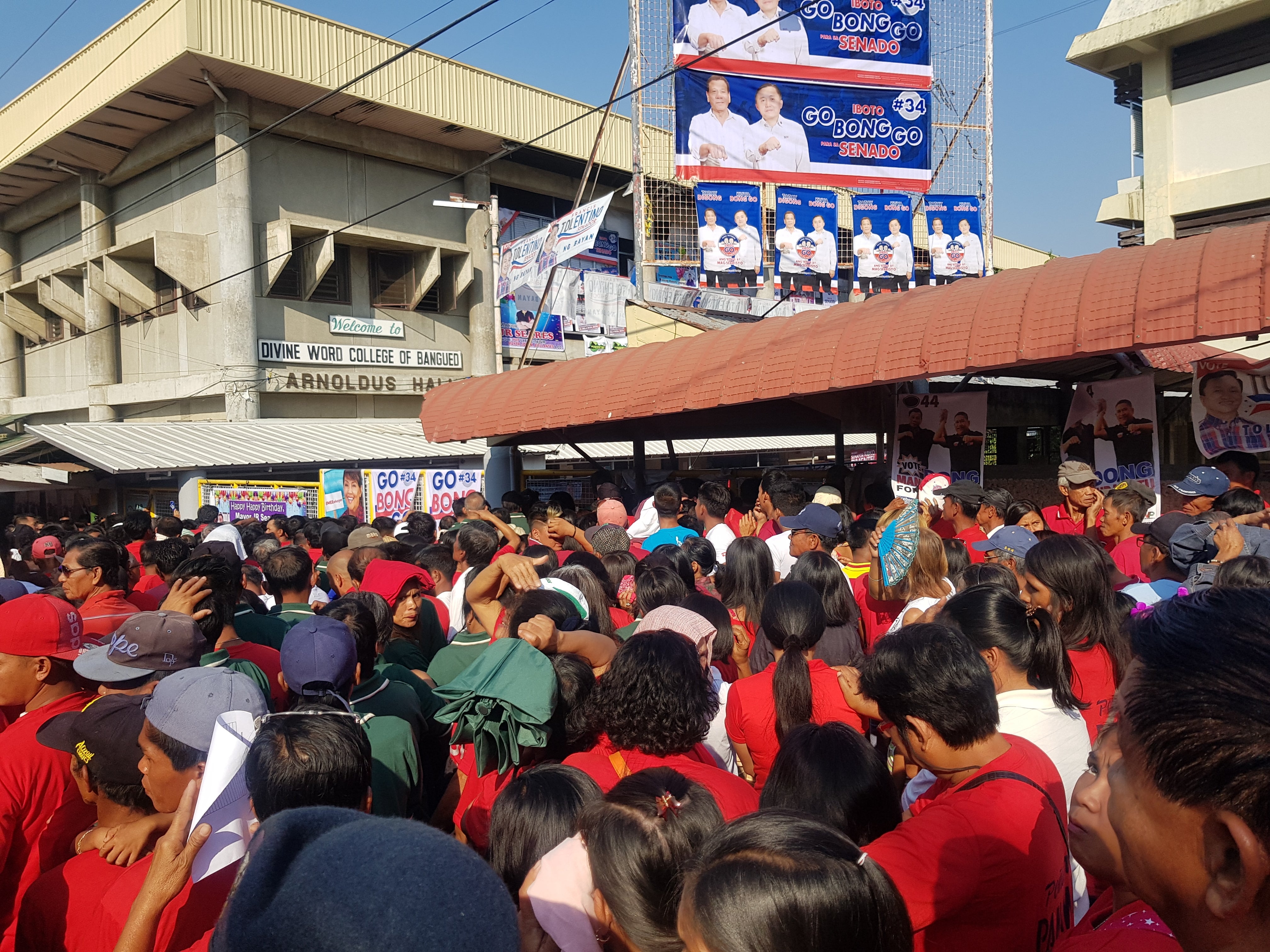 Above and below, Abreños started to flock to the Divine Word College of Bangued’s gymnasium in Bangued, Abra, as early as 6 a.m. to attend the Partido Demokratiko Pilipino–Lakas ng Bayan party’s campaign rally there on Tuesday, March 5, 2019. President Duterte is expected to lead the party’s political rally at 3 p.m. PHOTOS BY VALERIE DAMIAN