MPD chief to study ban on ‘riding in tandem’ on motorbikes 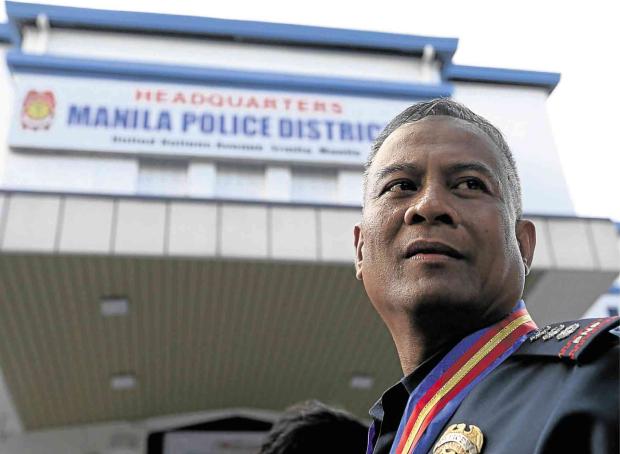 MANILA, Philippines — The chief of the Manila Police District (MPD), Senior Supt. Vicente Danao Jr., said on Wednesday that he would study the implementation of a ban on men “riding in tandem” on motorcycles in Manila.

He made the statement after the fatal shooting on Tuesday of two suspected hired killers by motorcycle-riding gunmen.

[We will look into that to see if it would be applicable. Motorcycles can usually carry at least two people. But it’s a good point so that we can avoid similar incidents.]

But on Tuesday, while the suspects were being transported in a police vehicle, motorcycle-riding gunmen blocked their way.

The unidentified gunmen then shot the suspects inside the police vehicle.

Mandaluyong also began to ban people riding-in-tandem on motorcycles to minimize crimes committed through such a setup. The ban was made in 2014 through Ordinance No. 550. It was relaunched in 2015 as Ordinance No. 595.

Meanwhile, Danao also said it was unfortunate that the suspected killers were assassinated as their confessions might contribute to the police investigation of extrajudicial killings (EJKs).

[This would have been a good chance to bring out the truth on who are those behind what we call EJKs.]

He added that the confession could be “very advantageous” to law enforcers with so many accusations being made against them.

A Special Investigation Task Group was launched to investigate the incident. /atm