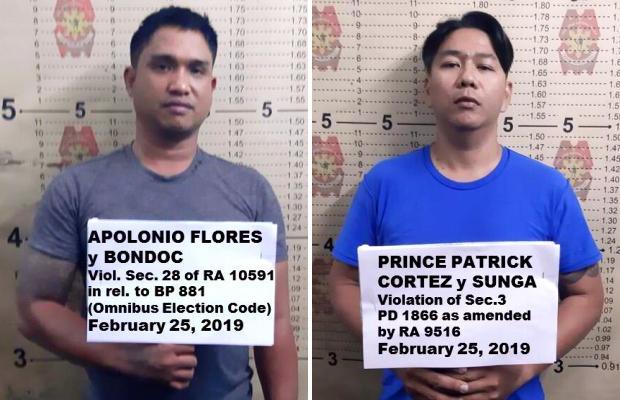 These suspects arrested for illegal possession of firearms were killed just a day after being arrested and detained at MPD Station 4. (Photos from the Manila Police District)

The slain suspects — identified as Apolonio Flores and Prince Patrick Cortez — were arrested Monday, just a day before, for illegal possession of firearms and were locked up at MPD Station 4.

PO1 Joven Miguel and PO2 Mark De Lima were aboard the police car with the suspects in their custody when six motorcycle-riding suspects blocked their way on the southbound lane of Lacson Avenue in Sampaloc, Manila.

Four of the men then got off their motorcycles and ordered the police officers to put away their guns and lie face down on the pavement.

The gunmen then shot Flores and Cortez right inside the police car and fled went towards Nagtahan area. /atm