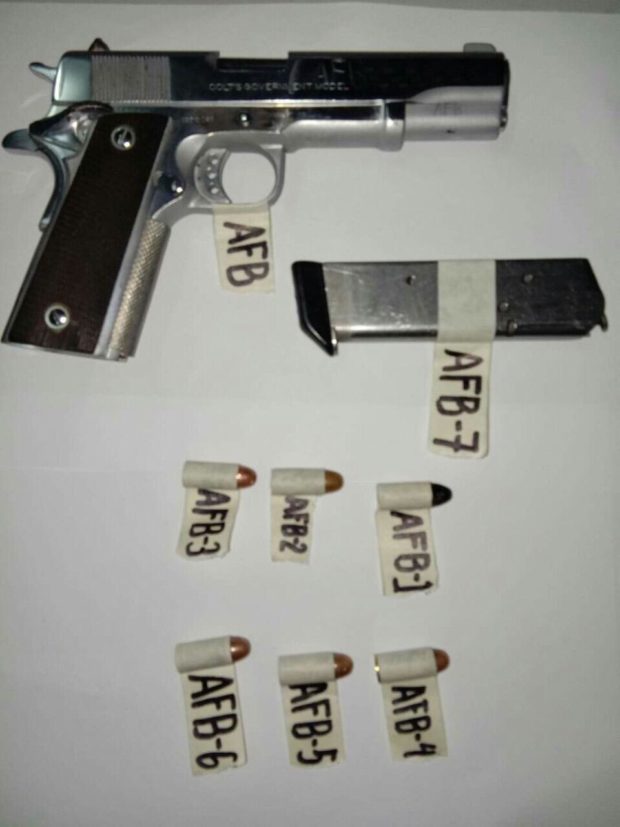 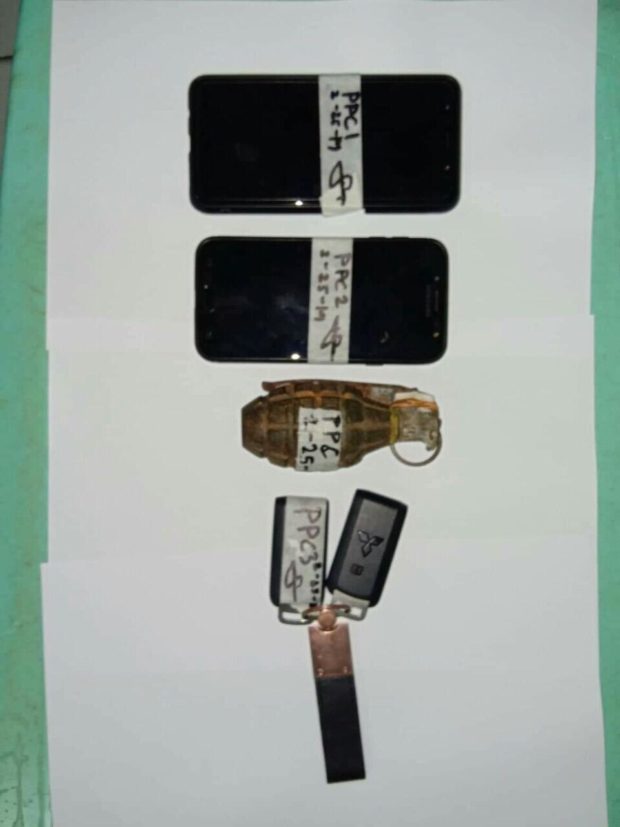 Seized from the suspects are one pistol caliber colt’s MK IV Series ’70 with one magazine loaded with six caliber .45 live ammunition; one fragmentation grenade; three cellular phones; and one color red Mitsubishi Mirage G4 with conduction sticker no. B2 C130.

The suspects were arrested for violating Section 28 of Republic Act 10951 in relation to Article 22 of the Omnibus Election Code and Republic Act 9516 or unlawful possession of firearms and explosives.