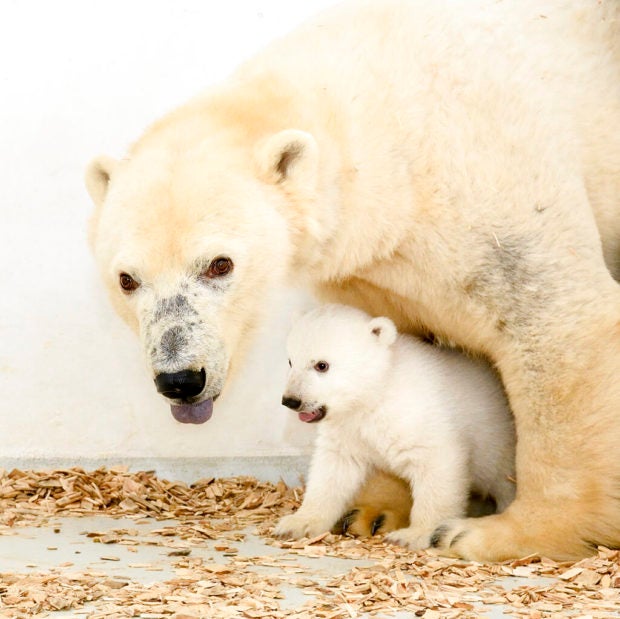 In this photo provide by the Tierpark in Berlin, Tuesday, Feb. 26, 2019, shows the female ice bear Tonya with her nameless cub.  AP

The zoo on Tuesday released new photos of the as-yet-unnamed female cub and her mother, Tonja. The bear was born Dec. 1 and weighed 8.5 kilograms (18.7 pounds) by the time of her first medical checkup nearly two weeks ago.

Zoo director Andreas Knieriem says that keepers are very satisfied with the cub’s development and Tonja is a good mother. Mother and daughter will probably make their first appearance in the bears’ outside enclosure — and see visitors for the first time — in mid-March.

The Tierpark has the same management as Berlin’s other zoo, which was home a decade ago to celebrity polar bear Knut. /ee