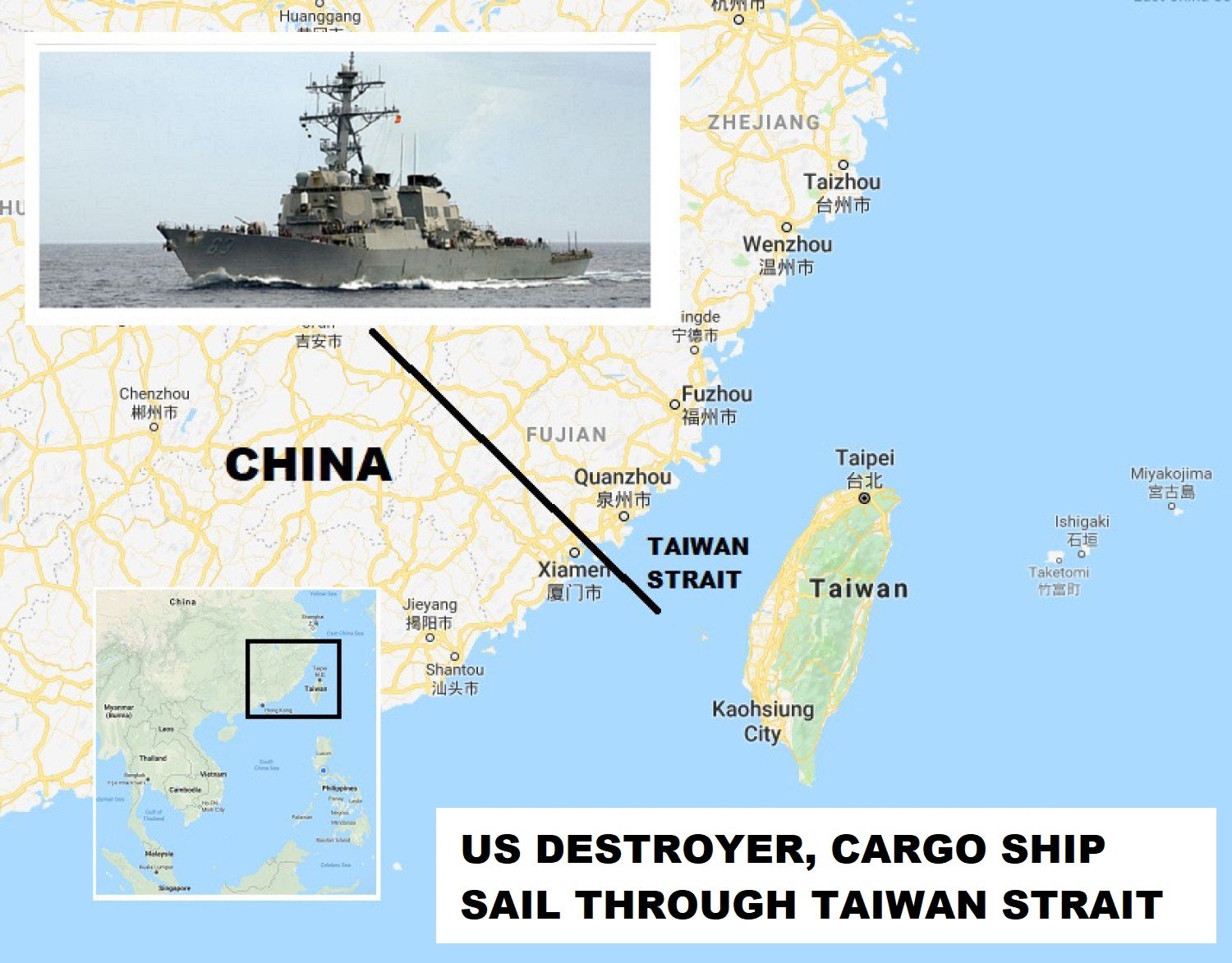 WASHINGTON, United States – The US Navy has sailed two ships through the Taiwan Strait, officials said Monday, in what the military described as a “routine transit” that is nonetheless sure to upset China.

In a statement, the Pentagon said the USS Stethem destroyer and the USNS Cesar Chavez cargo ship sailed between the South China Sea and the East China Sea through the Taiwan Strait Sunday through Monday.

“This routine transit through international waters of the Taiwan Strait demonstrates the US commitment to a free and open Indo-Pacific,” the statement read.

In recent months, US Navy ships have repeatedly passed through the waterway, which separates mainland China from the island.

Beijing views any ships passing through the strait as essentially a breach of its sovereignty — while the US and many other nations view the route as international waters open to all.

China sees Taiwan as part of its territory to be reunified, despite the two sides being ruled separately since the end of a civil war on the mainland in 1949.

The self-ruled island has its own currency, flag and government, but is not recognized as an independent state by the United Nations.

Beijing has said it will not hesitate to use force if Taipei formally declares independence, or in the case of external intervention — including by the United States, the island’s most powerful unofficial ally. /cbb