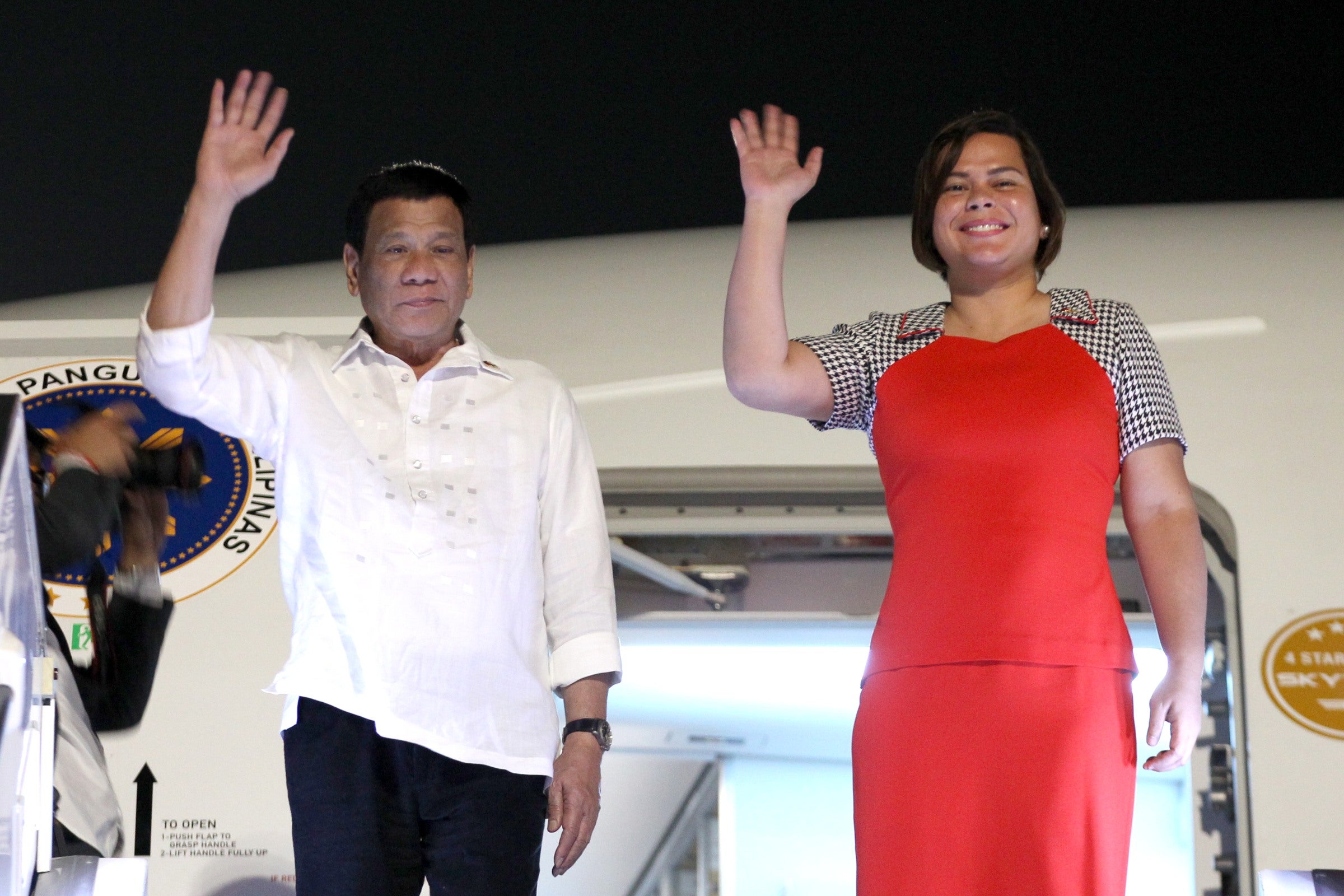 In her article “Pres Sara in 2022 is Duterte’s insurance from ICC arrest when he is out of Malacañang” published in ABS-CBN news on Sunday, Tordesillas said the younger Duterte succeeding her father in Malacañang would “assure Duterte that the International Criminal Court (ICC) won’t be allowed in the country to arrest him when the case progresses to that stage.”

If Sara becomes President in 2022, Tordesillas said Duterte “would not have to answer for the extra-judicial killings attributed to him.”

In a statement released late Sunday night, Presidential Spokesperson Salvador Panelo hit back at Tordesillas, calling her a “biased” journalist.

“The opinion of Ms. Tordesillas, is nonsensical. The ICC has no jurisdiction over PRRD, and for that matter any Filipino citizen,” Panelo said.

He said it was “no hidden fact that Ms. Tordesillas as a columnist is a vocal sympathizer of Senator Antonio Trillanes IV and the Magdalo cause and staunch critic of the President and his administration.”

“It is a no brainer that a biased journalist or columnist like Ms. Tordesillas would regularly come up with conjectures inimical to the President. That is what we call black propaganda,” he said.

“His record of not filing any libel case against any member of the media in his more than forty years as a public servant is res ipsa loquitur (the thing speaks for itself),” he said.

In March 2018, Duterte declared the Philippines’ withdrawal from the Rome Statute, the treaty that established the International Criminal Court (ICC).

The President then said that seemed to be a “concerted effort” between the United Nations special rapporteurs and ICC to project him as “ruthless and heartless violator of human rights who allegedly caused thousands of extrajudicial killings.”

Read Next
Joma Sison: Duterte’s claim Baste harassed by gay NPA rebels ‘unbelievable’
EDITORS' PICK
Nestlé Philippines’ ‘NESCAFÉ Plan’ bags Grand Anvil at PRSP 56th Anvil Awards
822 NPA-free barangays set to get P20-M gov’t aid — Esperon
Pope Francis to meet top cleric Sistani on second day in Iraq
Don’t waste the hope of vaccines, warns WHO
Every Filipino home can now be a smart home with realme TechLife
Smart reinforces superiority with best speed and mobile video experience in PH
MOST READ
So: I lacked connections to succeed in PH ‘culture’
Robredo on Sara Duterte leading poll surveys: Why are Filipinos drawn to leadership of this kind?
Gerald admits being with Julia, reveals breakup with Bea through ‘too many conversations’
US lays out list of aid to ‘satisfy’ Duterte following VFA payment demand
Don't miss out on the latest news and information.