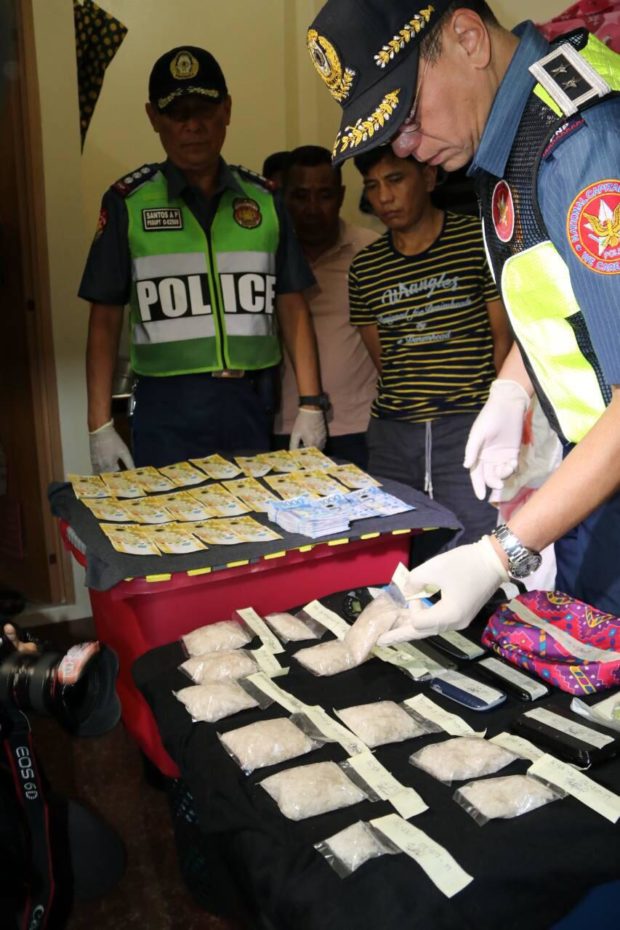 MANILA, Philippines — Four drug suspects were arrested and about P6.8-million worth of shabu (crystal meth) was seized in a buy-bust operation conducted in Taguig City on Wednesday night.

Police identified the arrested suspects as Abel Dagadas, Usay Uting, Larrylyn Azada, and Jacqueline Dapitan, who yielded around a kilogram of shabu in the bust launched at the Central Signal Village.

The suspects were brought to Cubao Police Station for disposition, pending filing of drug charges against them in court. /jpv