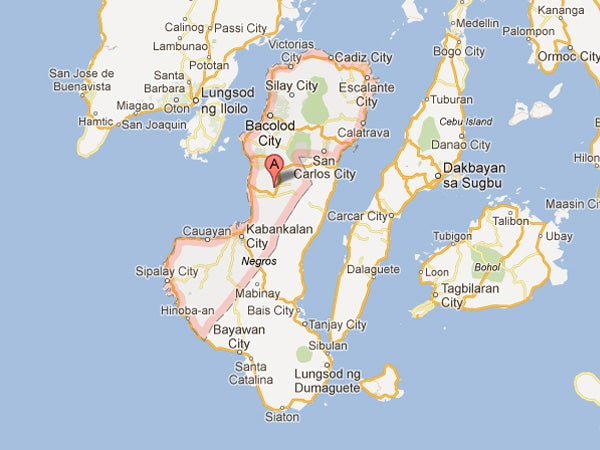 BACOLOD CITY, Philippines – Church and government officials have condemned the killing of a businessman inside church grounds on Tuesday night.

Bacolod Bishop Patricio Buzon said he was appealing to authorities to catch the perpetrators who shot and killed Alex Yap Yao.

“We call on government to act speedily on the resolution of this case so that the perpetrators of this violence be subjected to the rule of law and be held accountable,” Buzon said.

Yao, 57, and his wife, Maria Theresa, 56, had just boarded their Mercedez Benz after attending a prayer meeting at the Our Lady of Perpetual Help Shrine (Redemptorist Church) in Barangay 5 here when an unidentified gunman on a motorcycle shot them.

Yao was killed while his wife was wounded.

Buzon described the killing of Yao inside the Redemptorist Church compound as a “deplorable act.”

“It is an act of violence that has no place in our Christian communities, more so, in our society that upholds the principles of law and order,” he said.

“We strongly condemn this killing as an act that is indicative of a complete disregard for the Christian and societal ideal we stand for – that any form of violence has no place in and outside our churches,” he added.

The Bacolod City Council also condemned the killing of Yao and asked the police for a thorough and immediate investigation and resolution of the case.

The call was contained in a resolution passed by the council during their regular session on Wednesday.

In the resolution, the city council also reiterated its call to the police to strictly implement the ordinance that prohibits the wearing of bonnets and riding in tandem, as well as to increase police visibility in major areas and churches.

Bacolod Councilor Dindo Ramos said the killing of Yao was alarming since similar cases in the past had not been solved.

If the ordinance regulating the riding in tandem of motorcycles was strictly implemented, he added many lives and properties could have been saved.

The ordinance, which Ramos authored, declared unlawful for any driver and his back-rider to ride in tandem on a motorcycle on any given day from 9 p.m. to 4:30 a.m.