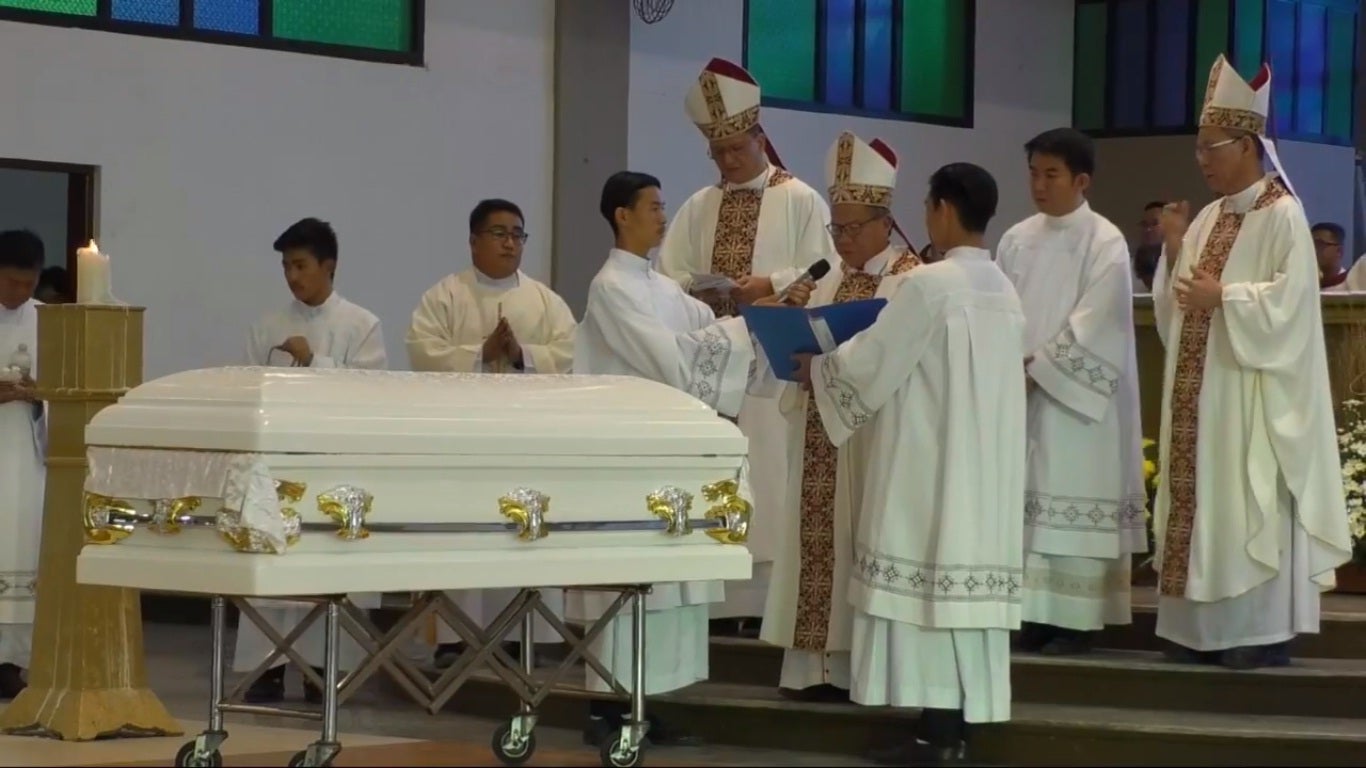 KORONADAL CITY – Retired Bishop Dinualdo Gutierrez of the Diocese of Marbel was laid to his final resting place at the back of Christ the King Cathedral here on a day very close to his heart – his birthday.

The outspoken prelate would have turned 80 years old today, Thursday, Feb. 20, but he returned to his Creator 10 days earlier on February 10.

He was entombed at  4:30 p.m. after a funeral Mass presided over by Cotabato Archbishop Angelito Lampon, OMI, DD, and co-celebrated by about 80 bishops, priests, religious and more than 3,000 parishioners.

Gutierrez, who retired in 2015 at age 75 though his resignation was only accepted by Pope Francis last year, died of lingering illness at 5:03 a.m. on Feb. 10 at the Gen. Santos Doctors’ Hospital.

Fr. Romy Buenaobra, Marbel diocesan vicar general, who delivered the homily during the funeral Mass said the late bishop was elated after learning his request for retirement had been granted in March last year.

“He said to me at dinner, ‘Now I can breathe a sigh of relief and relax’,” Buenaobra recalled Gutierrez as saying. 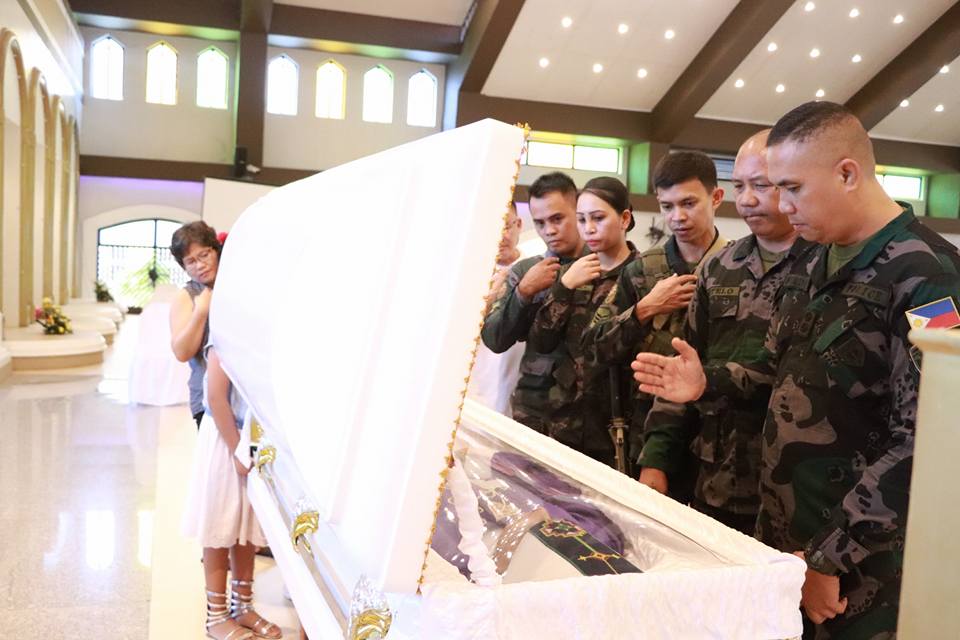 Gutierrez was named auxiliary bishop of Marbel 38 years ago with right of succession at the age of 42, the youngest bishop at that time.

When his retirement was announced, Gutierrez realized he was the longest-staying diocesan bishop who stayed in his diocese without being transferred or replaced until he retired.

He named Buenaobra, then 44 years old, as his diocesan vicar general.

At his funeral, Buenaobra said he was impressed by the influx of flowers, expression of sympathy and love for the late bishop in the past 10 days prior to his burial from people from all walks of life and from people that he touched.

“It seems that the whole diocese was here,” he said.

Relax he did not

Buenaobra said the late bishop repeatedly said, after his resignation was officially accepted by the Vatican, that he could already relax.

“But relax he did not, I believed it was not in his nature to relax for after Bishop Allan was installed he asked him if he could continue the rest of his commitments which he had already scheduled for the rest of the year,” Buenaobra said.  And Bishop Allan Casicas agreed to the bishop emeritus’s request.

Buenaobra said the late bishop continued his recollection services for priests, school administrators and few church workers. He also continued writing for his weekly newspaper column called “Communications from the bishop.” He also did a monthly radio program over the Diocesan-owned DXCP-AM in Gen. Santos City.

Gutierrez, after undergoing therapy in Davao City on January 22, scheduled dinner with the Diocesan Clergy of Marbel in Koronadal City to celebrate his episcopal ordination anniversary.  But exhausted from land travel, he canceled the meeting and went straight to his home at the bishop’s palace in Barangay Paraiso to rest.

The bishop was suffering from prostate cancer.

On January 29, Gutierrez was rushed to GenSan Doctor’s Hospital where the doctors told the clergy his condition was getting serious.

Preparing for the prelate’s return to the Lord, Bishop Casicas and few priests listened to the bishop’s confession, anointed him the last rites and administered the Holy Communion.

Buenaobra said at the crucial moment of Gutierrez’ life, he was surrounded by people who took care of him led by Casicas and several priests and the boys from the bishop’s palace.

“He died peacefully,” Buenaobra said, adding that Casicas was saying the commendation for the dying and the priests praying the litany of the saints when Gutierrez breathed his last.

Expressing his personal reflection on the late bishop, Buenaobra said Gutierrez was unique, a good shepherd and always at the forefront of his flock, leading, setting directions and instruction them where to go.

“Now that he is gone, we will surely miss him, but his memory remains always in our hearts,” Buenaobra said.

Before ending his homily, Buenaobra broke down and shed tears, telling Bishop Gutierrez: “May you rest in peace with the Lord, bishop, you are now where we ought to be.”

The late prelate was once the head of the Church’s National Secretariat for Social Action (Nassa).

Gutierrez was a strong advocate for the environment in South Cotabato, a province threatened by mining interests.

Under his leadership, the diocese led the struggle against the copper and gold project of the foreign-backed Sagittarius Mines, Inc. in Tampakan town.