An elderly woman’s rotting body was found in Bristol, Virginia last week beneath blankets and surrounded by air fresheners. 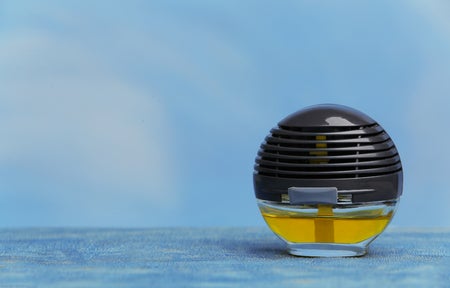 The 78-year-old woman’s daughter, Jo-Whitney Outland, 55, was arrested and is being charged with felony concealment of a body, the Bristol Herald Courier reported on Feb. 13.

Police launched an investigation on Monday, Feb. 11 after the relatives of the dead woman, Rosemary Outland, were concerned that they had not heard from their aunt.

They went to her home where Jo-Whitney also lives. The daughter was not home, so they entered through a window. Upon finding a body which they thought was their aunt’s, they called police.

Police found a body on a chair in the living room which was under 54 blankets and articles of clothing. Sergeant Steve Crawford said 66 air fresheners were on top of the pile, in between blankets and around the chair.

A letter was found near the body written by Jo-Whitney which said that the woman died on Dec. 29 and contained other details about the family.

Sgt. Crawford said the woman may have died of natural causes, but found it “bizarre” that Jo-Whitney did not call for an ambulance and seems to have kept family members from visiting.

The corpse had decomposed so much that assistance was needed from the fire department to remove the body.

Dogs and cats who appeared healthy were also in the home and were taken by animal control.

Jo-Whitney told News Channel 11 on Thursday, Feb. 14 that she was with her mom when she died. She recalled trying to give CPR when her mom said she could not breathe.

She admitted putting blankets on her mother’s body “out of respect” and placed air fresheners as she continued to live in the house, the report stated.

When asked why she did not call for help when her mother died, she said, “I can’t explain to you how come — I couldn’t, except to tell you that I was in a situation where I couldn’t react OK.”

“I don’t know how to explain it, I don’t know what it’s called, but I went into a mode of, just do all the things you do, and come back and stay by your mother.”

“I loved my mother more than anybody in this world and we were the closest you could possibly imagine,” she added.

After her arrest, Jo-Whitney was released from jail and is due in court in the coming weeks. Niña V. Guno/JB

‘I love him so much’: Man hides dad’s corpse at home for 6 months