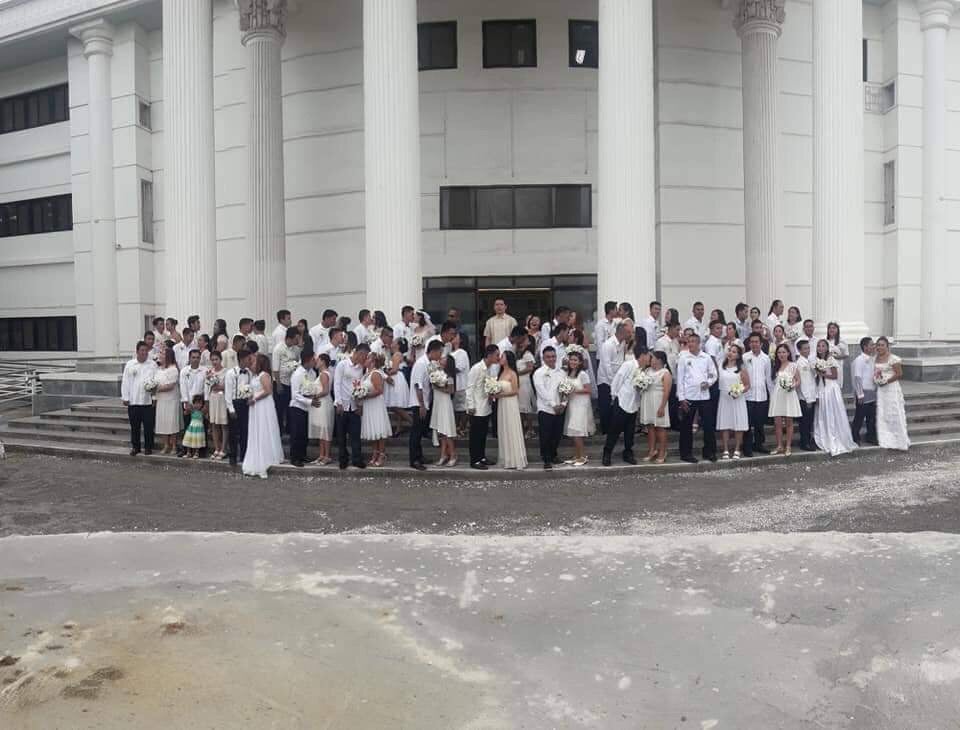 TAGBILARAN CITY, Bohol — Fifty-three-year-old Ernie Dominguez and his  60-year-old partner Roberta Bagayas of Barangay Tiptip in this city were the oldest among the 46 couples who tied the knot in the mass wedding at the city hall atrium here on Thursday.

The “Kasalan sa Tagbilaran sa Valentine’s Day,” a mass wedding officiated by Mayor John Geesnell Yap II, had 40 couples tying the knot on Thursday morning, while six couples sealed their “I Do’s” in the afternoon.

Many of the couples were living together out of wedlock.  Some who tied have several children already.

For the couples, the mass wedding was a dream come true since most of them could not afford an expensive wedding ceremony and reception.

It also transformed the city hall’s atrium into a beautiful wedding venue and reception adorned with fresh flowers.