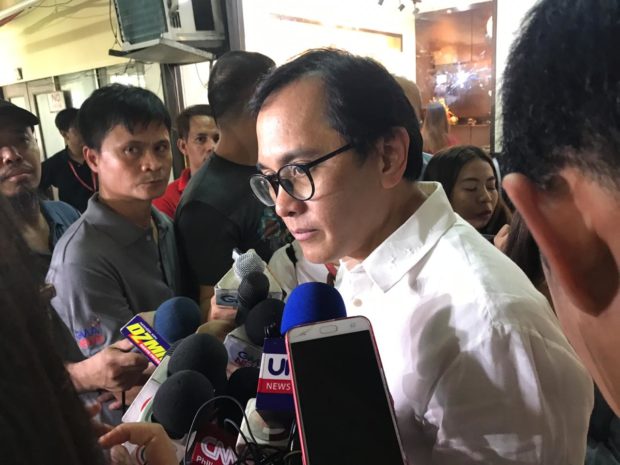 MANILA, Philippines — Rappler will study the security issues of the National Bureau of Investigation (NBI) agents involved in the arrest of the news agency’s chief executive Maria Ressa on Wednesday.

Ressa’s lawyer JJ Disini said they will evaluate if the restriction imposed by the NBI agents on reporters recording Ressa’s arrest may have implications on press freedom as it is a matter of public interest.

“We are studying that obviously from the standpoint of the Rappler reporter. The taking of that video is an exercise of the freedom of the press. The arrest of Maria Ressa [at the] Rappler office is a matter of public interest, it is newsworthy,” Disini told reporters on Thursday at the Manila Regional Trial Court Branch 46.

“And to the extent that the NBI was somehow restricting that may implicate freedom of expression or freedom of the press issues,” he added.

NBI agents arrested Ressa at around 5 p.m. on Wednesday, February 13, even as the arrest warrant was issued by the Manila Regional Trial Court Branch 46 on Tuesday, Feb. 12.

Ressa said she was shocked by her sudden arrest but claimed that NBI officers treated her professionally during the serving of the warrant.

Disini said that in restricting reporters to record the arrest, the NBI agents may have a need to conceal their identities as it might “interfere with other operations.”

“But, on the other hand, we also need to study whether or not there might be security issues on the part of the NBI. There might be a need on their part to conceal the identity so as not to implicate them in other ongoing operations, so we are studying that closely,” he said.

“To an extent, the NBI agent present in the Rappler offices might be involved in other operations. We need to study more closely,” Disini added. /ee