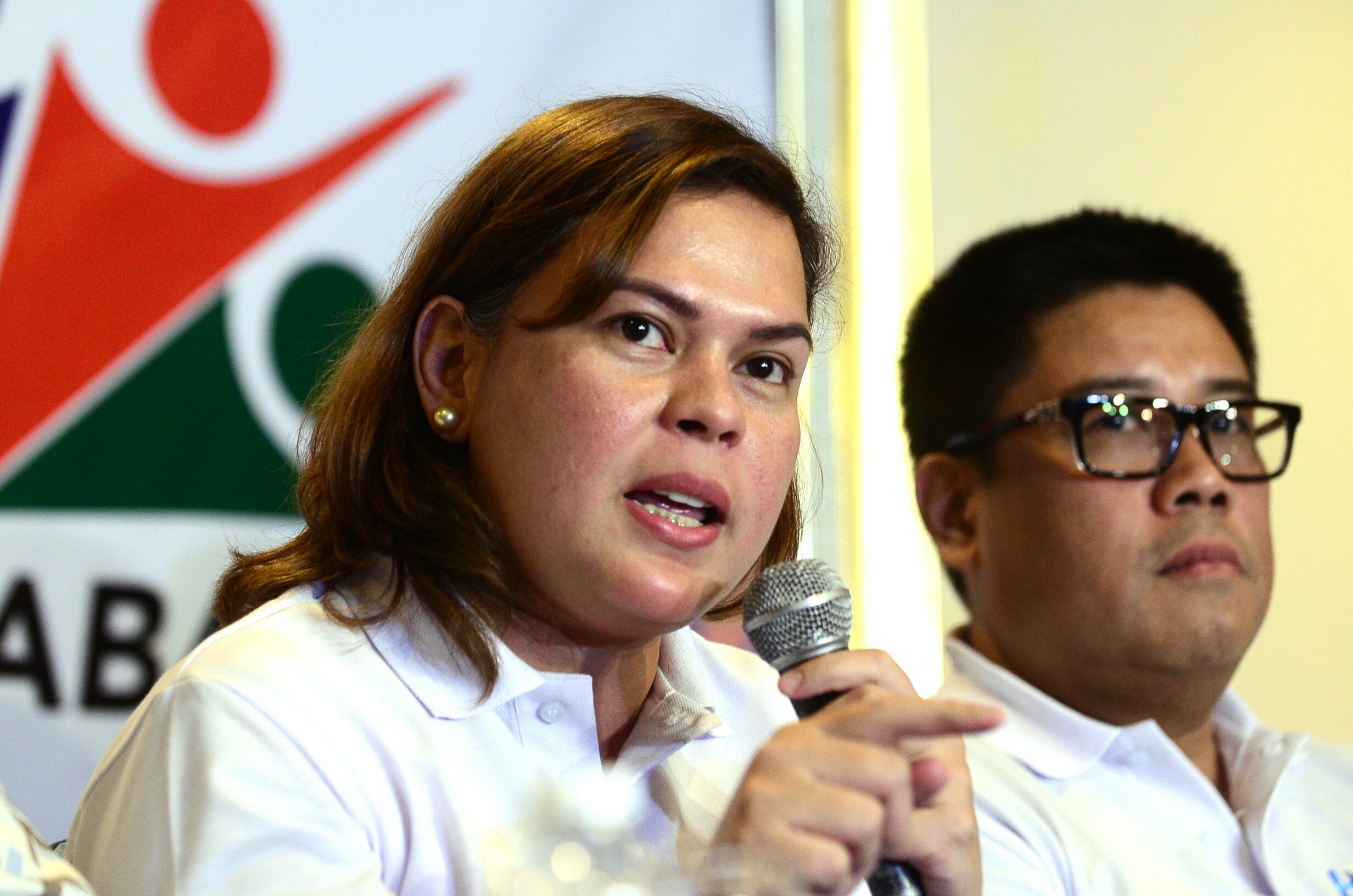 Duterte-Carpio mocked Hontiveros Tuesday night for her statement saying that the presidential daughter’s attacks against her validated her work and vindicated her position on key issues.

“Every time she attacks me, she validates my work and vindicates my positions on important issues. Every insult from the mayor is a reading on the barometer I can use, second to none, to confirm how effective my office is in advancing democratic interests and goals,” Hontiveros said in a statement on Monday.

READ: Hontiveros hits back at Sara: I’m not the one with my head in my ass

Hontiveros was responding to Duterte-Carpio,  who earlier told her to stop criticizing and instead think of solutions after the opposition senator called for the resignation of of Public Attorney’s Office chief Persida Acosta over her “scaremongering and politically-motivated investigations on the Dengvaxia issue.”

“Ai naku po, an attack is an attack. Don’t use attack, validation and vindication in one sentence,”  Duterte-Carpio wrote on her Instagram.

She then applied the logic of Hontiveros on the senator’s attacks against President Rodrigo Duterte.

“Otherwise, your attacks against the administration are validations to say that PRD (President Rodrigo Duterte) is correct and therefore vindicated,” she added.

Hontiveros earlier taunted the younger Duterte, saying “I’m not the one with my head in my ass.” /cbb