Police: 17 killed in fire at New Delhi hotel, 4 others hurt 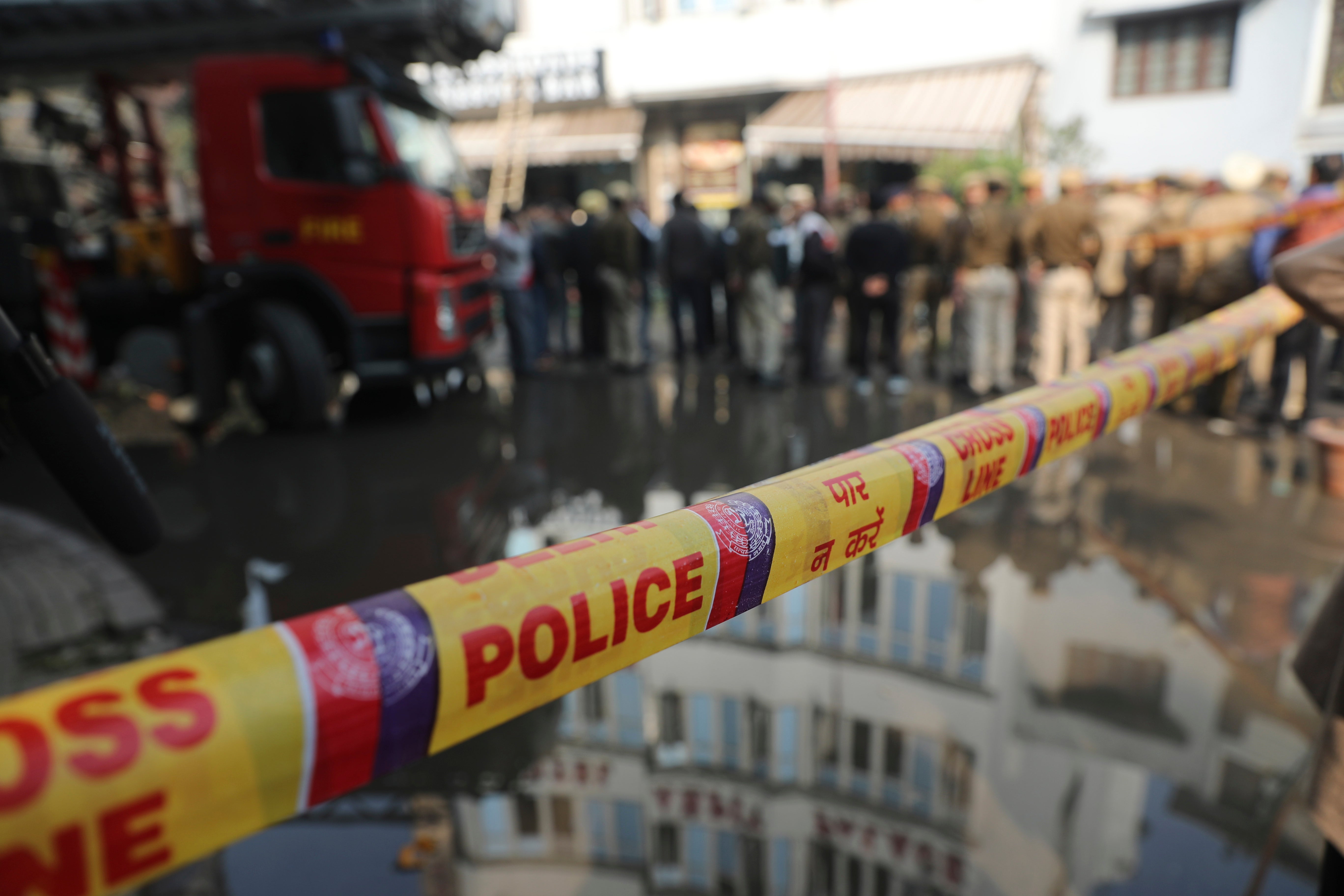 Policemen and others stand at the spot after an early morning fire at the Arpit Palace Hotel killed more than a dozen people in the Karol Bagh neighborhood of New Delhi, India, Tuesday, Feb.12, 2019. (AP Photo/Manish Swarup)

NEW DELHI — Seventeen people died while at least four others were injured in a fire early Tuesday at a hotel in western New Delhi, police said.

The fire at the Arpit Palace Hotel has been extinguished, but authorities are still investigating what sparked it, Deputy Police Commissioner Mandeep Singh Randhawa said.

“We have to check the stability of the structure, check every room,” Randhawa said.

The hotel is located in Karol Bagh, an area in India’s capital city full of shops and budget hotels that is popular with tourists.

Twenty-five fire engines responded to the blaze, which had engulfed all but the ground floor of the five-story hotel, fire officer Vijay Paul said.

About three dozen people were rescued from the hotel, Paul said.

Among those rescued was Sivanand Chand, 43, a hotel guest who was jolted awake around 4 a.m., struggling to breathe.

“When I got out of my room, I could hear ‘help, help!’ from adjoining rooms,” Chand told The Associated Press, adding that he opened the window and saw flames rising very fast.

The rescue took about 30 minutes because fire engine ladders could not initially reach Chand’s floor, he said.

The injured were taken to local hospitals, but their medical conditions were not immediately known. /kga