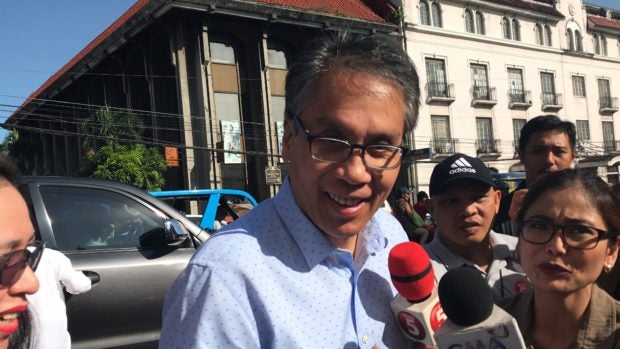 MANILA, Philippines — Is Mar Roxas open to run for a higher office again?

“I’ve been there, done that,” Roxas said when the question was asked in an interview with ABS-CBN’s morning show “Headstart,” aired on Tuesday.

Six years after, Roxas ran for the highest position in the land but lost again; this time, to President Rodrigo Duterte.

He considers running for a higher office a serious undertaking.

“And so that was a serious undertaking which I did with honor. I was honored to have done that in behalf of the people.

“I did not win, I accept that. I offered tinolang manok, they chose kare-kareng baka…” he added.

Asked to described himself today, Roxas said he was at peace.

“You can’t hurt me. Nobody can hurt me. I’m at peace,” said Roxas, who is seeking to return to the Senate in the upcoming May elections.

He said he is running because he could not accept that the Philippines would just stay as a third world country.

“After 2016, after everything that I’ve been through, I’m doing this for the country and what happens will happen. Ok lang yan,” Roxas added. /je