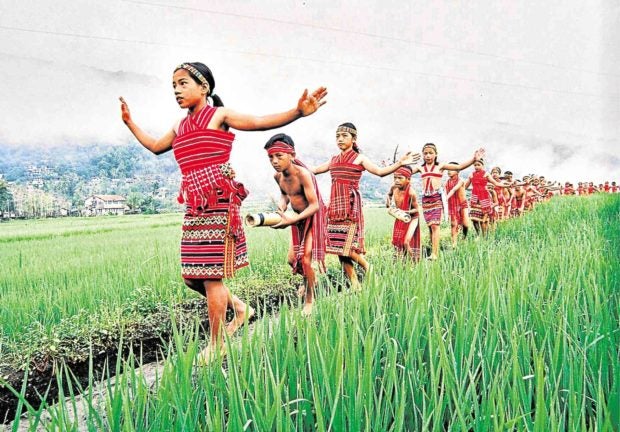 CORDILLERA’S FUTURE Young Cordillerans join their elders in preserving their culture and traditions through community festivals. An autonomous government in the Cordillera ensures that its people will have a voice in charting the region’s future, local officials say. —EV ESPIRITU

BAGUIO CITY—The constitutional mandate to form a Cordillera autonomous region has again drawn the attention of the government, following the ratification of the Bangsamoro Organic Law, creating the Bangsamoro Autonomous Region in Muslim Mindanao.

But to get the support of President Rodrigo Duterte, Socioeconomic Planning Secretary Ernesto Pernia suggested holding a “preplebiscite” to gauge how Cordillera residents really felt about a third bid for autonomy.

Since 1987, Cordillera has been operating as an administrative region through Executive Order No. 220, which then President Corazon Aquino issued after a “sipat” (ceasefire) with former rebel priest Conrado Balweg.

The Cordillera Administrative Region — composed of the provinces of Benguet, Mountain Province, Ifugao, Apayao, Abra and Kalinga, and Baguio City — was organized to prepare its residents for autonomy.

Like Muslim Mindanao, the Cordillera is described in Section 15, Article X of the 1987 Constitution as home to people with distinct historical and cultural heritage and is entitled to an autonomous region.

But two organic laws to form the Cordillera autonomous region were rejected in plebiscites in 1990 and 1998.

The Cordillera Regional Development Council and the region’s lawmakers had pushed for a third autonomy law, but the latest measure did not pass the 17th Congress and would need to be revived in the 18th Congress.

Pernia said the majority votes against the two autonomous laws appeared to have discouraged national support for the third autonomy campaign.

It was a sentiment voiced by the administration of former President Benigno Aquino III.

Instead of backing the autonomy bill, Aquino pursued in 2011 a closure agreement with Balweg’s militia, the Cordillera People’s Liberation Army, to resolve the peace talks began by his mother.

“If the results [of a preliminary referendum on the autonomy campaign] are a resounding ‘Yes,’ that would be the tipping point as far as getting the autonomy bill passed,” Pernia said during a press briefing after a forum on autonomy at Camp John Hay here last week.

“It would be the impetus for President [Duterte] to make [an autonomy] bill urgent,” he said.

“It just occurred to me I should have mentioned the preplebiscite [at the forum] … The push of the Cordillerans for autonomy could get a boost if there’s going to be a preplebiscite for which people are well-informed about the ramifications of an autonomous region,” he said.

He cited the problems faced by the United Kingdom regarding its exit from the European Union, which, he said, “remains an uncertainty.”

“There are proposals to have another referendum [to see] if people really want it,” he said. “It seems that in the first [Brexit] referendum, people were not adequately informed.”

Pernia said: “I think a good information campaign of what a Cordillera autonomous region really means would be important.” —Vincent Cabreza