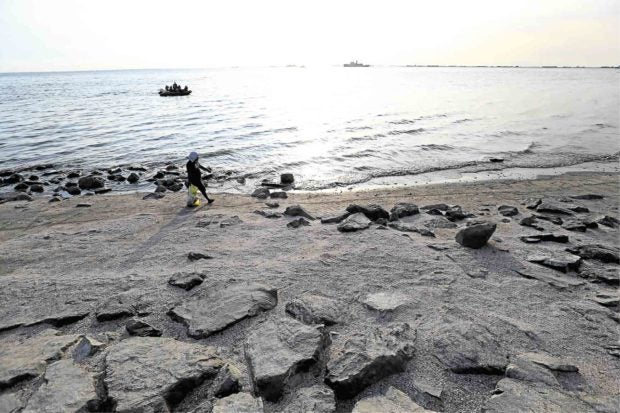 A total of 22 reclamation projects are planned along Manila Bay that will affect — and likely pollute — a 22,000-hectare area of the body of water, an official of the Philippine Reclamation Authority (PRA) admitted to lawmakers on Monday.

At a hearing of the House Metro Manila development committee, Joseph Literal, PRA assistant general manager for reclamation and regulation, said the agency was currently processing 22 applications from developers.

Due to questions posed by Anakpawis Rep. Ariel Casilao, the House body learned that the PRA had already approved in principle three of the 22 proposals after the developers complied with Department of Environment and Natural Resources (DENR) regulations.

These were the 360-ha Pasay reclamation project, the 140-ha Solar City project, and the Navotas Boulevard Business Park.

The PRA also divulged that there were 120 proposed reclamation projects in the whole country, Casilao said in a statement.

“Would these reclamation projects have adverse effects on the environment?” Buhay Rep. Lito Atienza asked Literal during the hearing.

“There is an effect, sir,” the official replied. But he added that “systems” would be put in place to reduce the environmental impact of the reclamation projects.

“You are aware that there will indeed be effects on the environment, and yet you will still let these projects proceed simply because the developers are instituting so-called systems to mitigate these effects?” he told the PRA official.

“If all these projects are allowed to proceed, the effects will be catastrophic for all of us. There seems to be a reclamation craze sweeping across the country and you just keep approving each one of them,” Atienza said.

Casilao also expressed alarm at Literal’s admission. “This must be stopped as it is threatening for the genuine essence of the Manila Bay cleanup. The reclamation should be opposed,” he said.

On the sidelines of his meeting with local officials on the bay’s rehabilitation, Interior Secretary Eduardo Año said that all reclamation projects would be reviewed.

Adding that the government was currently looking at 10 proposals, Año clarified that while his department could recommend whether or not the project should push through, Malacañang would have the last say.

On Feb. 4, President Duterte signed Executive Order No. 74 delegating the authority to approve reclamation projects to the PRA. He also placed the agency under the Office of the President, instead of the DENR.

Mr. Duterte issued the order amid an ongoing cleanup of Manila Bay, a polluted body of water that for many years had served as a repository of Metro Manila sewage and other wastes.

Last week, the Makabayan bloc filed House Bill No. 9067 declaring the bay a reclamation-free zone. —WITH A REPORT FROM AIE BALAGTAS SEE