Jail sought for woman who encouraged her boyfriend’s suicide 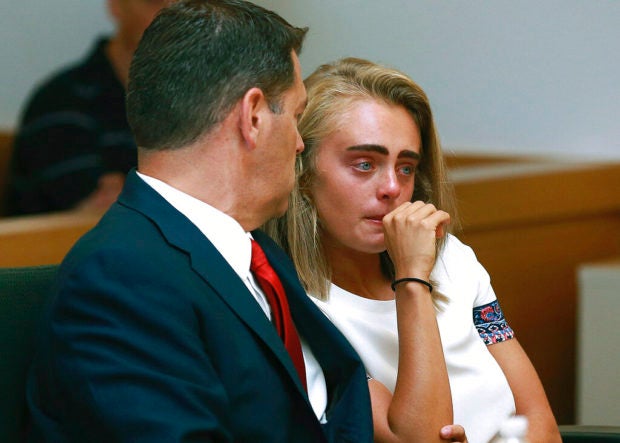 In this Aug. 3, 2017 file photo, Michelle Carter awaits her sentencing in a courtroom in Taunton, Massachusetts, for involuntary manslaughter for encouraging Conrad Roy III to kill himself in July 2014.  AP

TAUNTON,  Massachusetts — Prosecutors are asking a judge to order a Massachusetts woman to begin serving her 15-month jail sentence for encouraging her suicidal boyfriend to kill himself.

Michelle Carter will appear in court Monday for a hearing to consider prosecutors’ request.

Carter was convicted in 2017 of involuntary manslaughter for her role in the death of Conrad Roy III. The judge allowed Carter to remain free while she appeals in state court.

Lawyers for the 22-year-old Carter have said they plan to appeal to the U.S. Supreme Court.

The judge found Carter caused Roy’s death when she instructed him over the phone to get back in his truck that was filling with toxic gas.
Carter’s lawyers say she isn’t responsible for Roy’s suicide. /ee