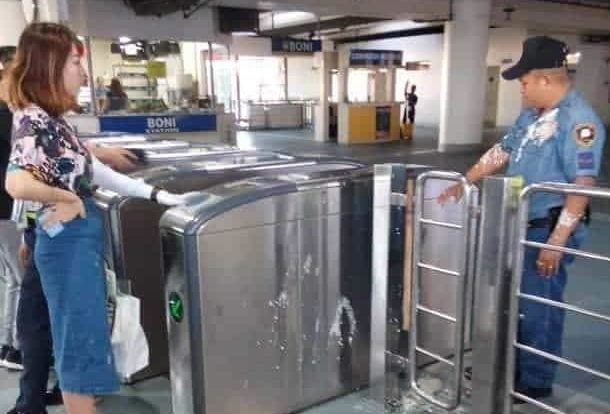 MANILA, Philippine — The policeman who was splashed with soya pudding, locally known as “taho,” was awarded a Commendation Medal by the Philippine National Police (PNP) on Monday.

PO1 William Cristobal was splashed with taho by Chinese woman Jiale Zhang after he denied her entry into the Boni Station of the Metro Rail Transit-3 (MRT-3) on Saturday. The MRT-3 was strictly enforcing a ban on food and drinks inside the stations as a security measure.

PNP chief Director General Oscar Albayalde also commended the behavior of Cristobal during the incident, which later resulted in the arrest of Zhang and the filing of charges against her.

(We are very proud and the action of PO1 Cristobal was very commendable. What he showed to the public that the police today are really disciplined and patient is very good. [The award was given] regardless if it concerns a local citizen or foreigner. We are not looking at that, but the commendable act of our police.)

On Sunday, Zhang was charged with unjust vexation, direct assault, and disobedience to a person in authority.

The resolution on Zhang’s possible deportation will be released on Monday. /cbb