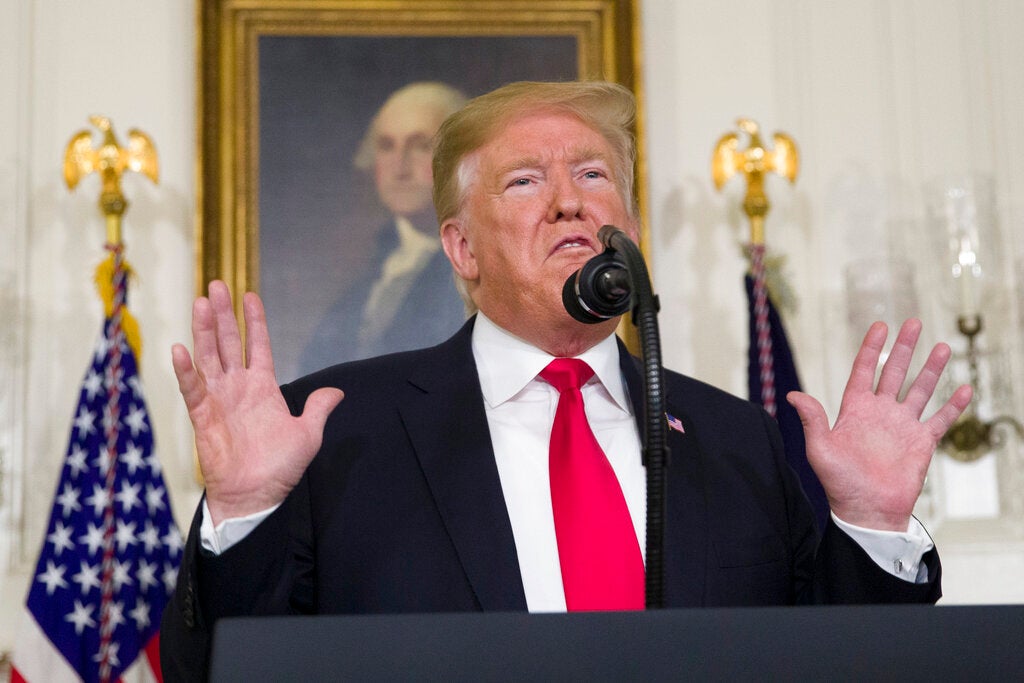 WASHINGTON, United States – Donald Trump pushed back Sunday at the suggestion he spends much of his work day taking it easy, as the White House kept up the hunt for the person behind an embarrassing leak of the president’s schedule.

Seeking to set the record straight, the president said such free time should be viewed as “positive, not negative.”

“When the term Executive Time is used, I am generally working, not relaxing,” Trump tweeted. “In fact, I probably work more hours than almost any past President.

“The fact is, when I took over as President, our Country was a mess,” Trump continued.

“I had no choice but to work very long hours!” added the president, who rarely has official work before 11:00 am, according to the daily guidance issued to the media by his press office.

Quizzed about what appeared to be a rather easy typical day at the office for the world’s most powerful man — acting chief of staff Mick Mulvaney also pushed back on Sunday.

“That executive time is on there to allow the president to prep for the next meeting, to debrief from the previous meeting,” Mulvaney told NBC’s “Meet the Press.”

“The phone calls start at 6:30 in the morning, and they go until 11:00 at night. So I can assure you that the gentleman is working more than what’s on that calendar,” he said.

Trump has reportedly ordered an aggressive search for the source of the leak. Speaking on “Fox News Sunday,” Mulvaney said the White House was hoping to identify the culprit “this week.” /cbb