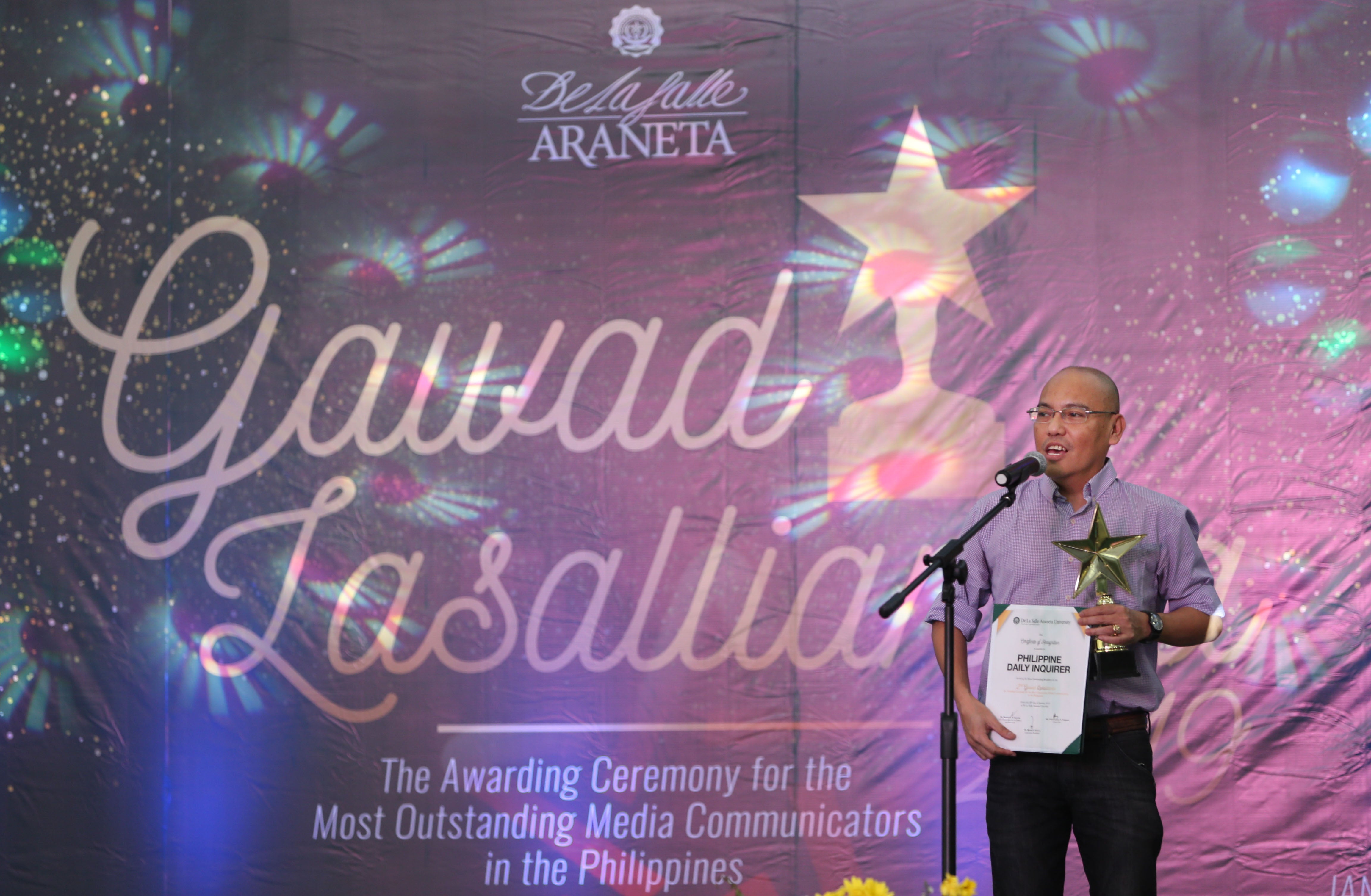 STUDENTS’ CHOICE Receiving the 2019 Gawad Lasallianeta award on behalf of the Inquirer is editor Volt Contreras, in rites held on Jan. 28 at the De La Salle Araneta University in Malabon City. —EDWIN BACASMAS

For the second consecutive year, the Philippine Daily Inquirer was recognized as the country’s most outstanding broadsheet in the Gawad Lasallianeta awards given by De La Salle Araneta University (DLSAU).

Inquirer columnist Manuel Quezon III also won as most outstanding print journalist in the 2nd Gawad Lasallianeta, which honors top media communicators or influencers in print, broadcast and social media, in the marketing and advertising sectors, and in the entertainment industry.

The awardees were chosen based on an online poll among the students (Grade 9 to graduate school), faculty and staff of the Malabon City-based DLSAU. The survey was conducted from Oct. 18 to Nov. 7 last year.

“Inquirer is still No. 1,” said Ma. Sheila Cabidog, Gawad Lasallianeta chair, noting that the newspaper earned more than 40 percent of the votes and bested four other broadsheets.

The Inquirer also won the award last year, when Gawad was launched.

“The university aims to recognize media personalities who are the most effective and the most influential communicators, and are the best role models to the whole Lasallian community,” Cabidog said.

“Being an affirmation from students and the academe makes this award more special. It deepens our commitment to the standards we’ve set for ourselves over the past 33 years, the standards of journalism that call for engaging and empowering reports and commentary,” said associate editor Volt Contreras, who accepted the trophy and citation on behalf of the Inquirer in rites held Jan. 28. —Aie Balagtas See