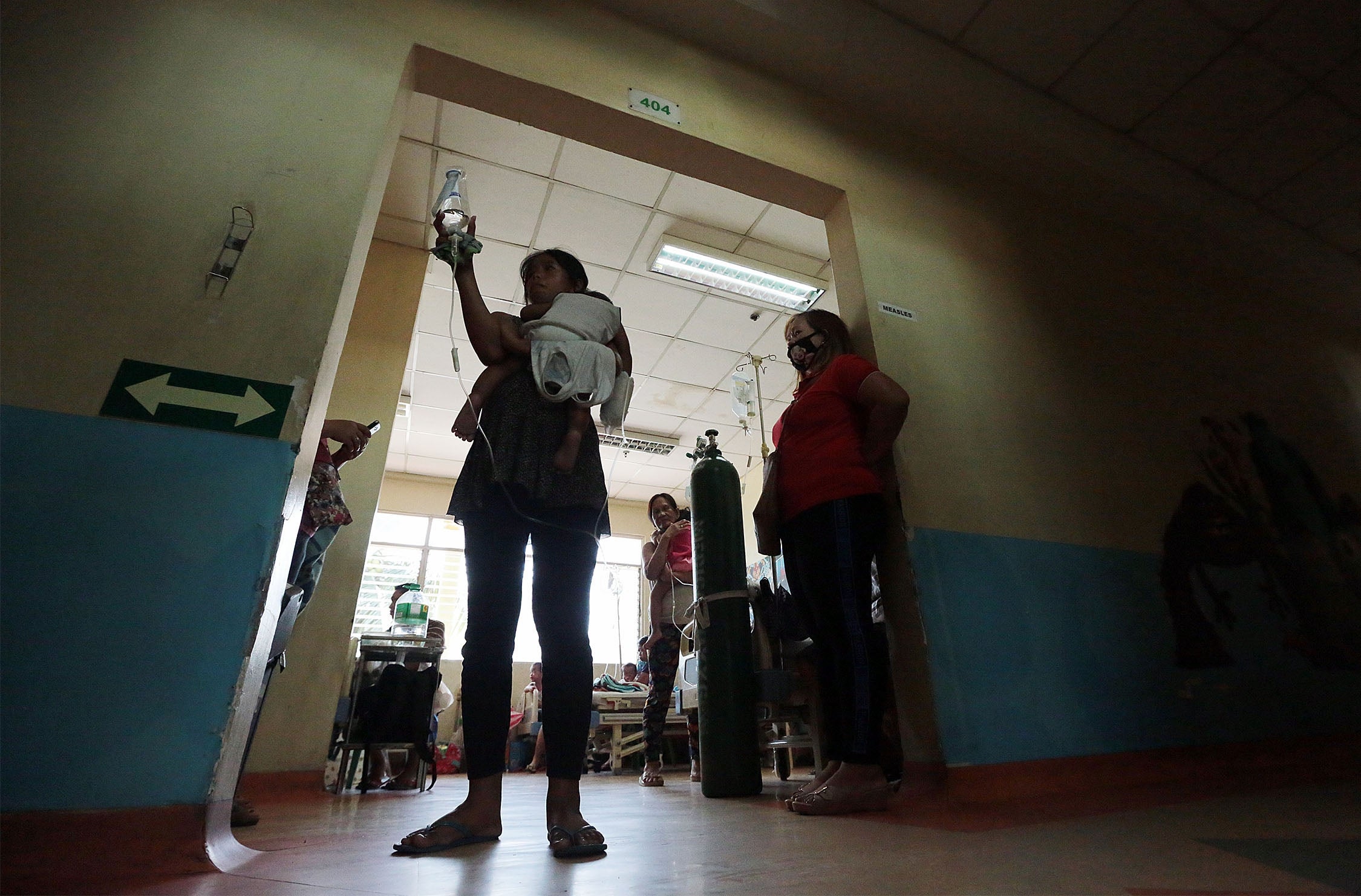 SAN PEDRO CITY — Health authorities in Bicol are bracing for a possible “spillover” of measles cases from Metro Manila to the region as government health authorities race against time to keep the highly communicable disease in check.

The spillover, according to Dr. Rita Ang-Bon, is possible because “some of these children carrying measles from Metro Manila will travel home to Bicol because hospitals cannot accommodate them anymore.”

“That is why we should be ready and ensure that our children here in Bicol have the necessary protection,” said Ang-Bon, head of the region’s Family Health Cluster.

Measles has killed at least two people in Bicol since the outbreak was reported nationwide.

The deaths were reported in the provinces of Masbate and Sorsogon, according to the regional office of the Department of Health (DOH).

At least 55 cases have been reported in the region since Jan. 1. Sorsogon has the most cases.

In the same period last year, the regional DOH said only one measles case was reported.

The DOH blamed the spike in the number of measles cases on the fear of vaccination triggered by the Dengvaxia scare.

Dengvaxia dengue vaccine was administered to hundreds of thousands of school children nationwide in an immunization program during the administration of President Benigno Aquino III.

The program was stopped after it was learned that children who had not had dengue prior to vaccination were likely to contract a more severe and deadlier form of dengue if given the Dengvaxia vaccine.

Ang-Bon’s fear was not baseless.

In the region close to Metro Manila, Calabarzon, DOH data as of Friday showed five more people had died of measles and the number of cases had gone up to 560 since January.

The province of Rizal had the most deaths — 11.

Outbreaks were also reported in Central Luzon and Eastern and Western Visayas.

The Bicol office of the DOH on Friday urged parents to check their children’s immunization records and bring them to health centers quickly.

“The measles vaccines that we are using have been around since 2010 and there have been no reported deaths from the vaccines ever since,” said Vera in a statement.

“We urge parents to trust the DOH,” he said.

Ang-Bon said measles had no known cure except prevention through vaccination.