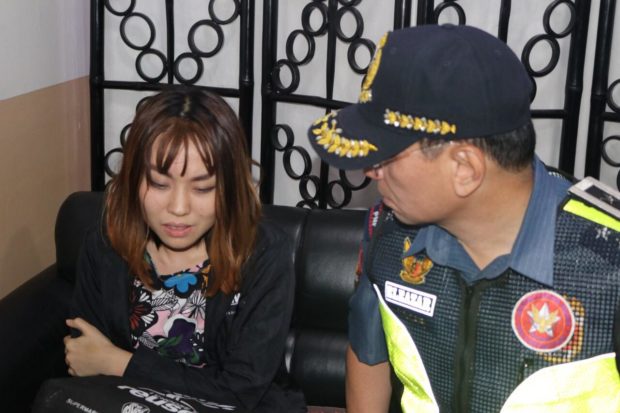 MANILA, Philippines — The Bureau of Immigration (BI) on Saturday said it would study possible actions against a Chinese woman who threw taho, a soybean curd drink, at a police officer detailed at the Boni Station of Metro Rail Transit 3 (MRT 3).

“We will be coordinating with the DOTr [Department of Transportation] and the NCRPO [National Capital Region Police Office] for details about the case and will study possible actions against said foreigner,” BI spokesperson Dana Krizia Sandoval said in a statement.

Chinese national Jiale Zhang is already facing complaints of direct assault, disobedience to a person in authority, and unjust vexation for throwing taho at PO1 William Cristobal, who barred her from entering Boni Station because she was carrying food.

MRT 3 had recently implemented a strict policy of banning any form of liquid that could be used to formulate liquid explosives.

DOTr is also considering to ban Jiale from riding the MRT 3 due to the incident.

BI previously reported that Chinese nationals topped the list of foreigners who were denied entry to the Philippines in 2018 for their disrespectful behavior toward Immigration officers.

Thirty-seven Chinese nationals were barred entry by the BI last year, along with 25 Americans and 23 Koreans, nine Japanese and four Saudi Arabians. /atm