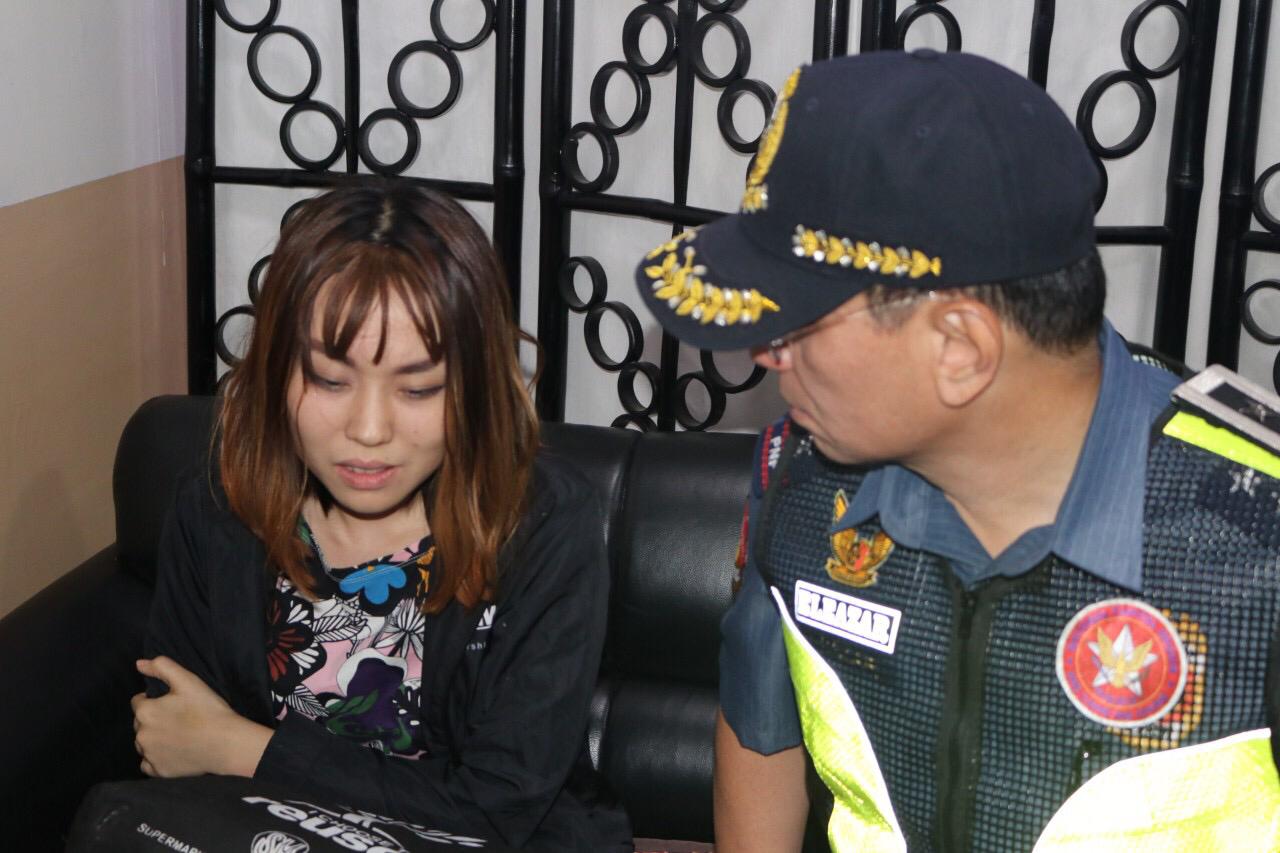 MANILA, Philippines — The Department of Transportation (DOTr) is looking at the possibility of banning the Chinese woman who threw taho at a police officer from riding the Metro Rail Transit 3 (MRT-3) line.

“We want to emphasize to the public na may mga rules kami, and dapat niyong sundin. Kailangan may masampolan tayo,” she added.

Libiran said that the decision on whether the ban against the Chinese woman would be permanent or temporary would be released by next week.

She also said that the case would soon be forwarded to the Bureau of Immigration for proper action against this foreign national.

Meanwhile, the MRT-3 line management, stood firm on its maintenance of tight security measures on its trains and stations.

“MRT-3 would like to stress that tighter security measures being implemented inside our trains and stations mean no harm to our passengers,” the line’s management said in a statement.

“We are being cautious since we put in our topmost priorities the safety and security of our passengers and personnel following attacks in Mindanao,” it added.

The statements of Libiran and the MRT-3 management were issued following the arrest of Jiale Zhang, 23, a first-year fashion design student, at the MRT Boni station in Mandaluyong City on Saturday morning.

Police said Jiale was arrested after she threw taho (soy pudding) at Police Officer 1 William Cristobal who was assigned at the station.

According to an initial report by the Eastern Police District, Jiale entered the baggage inspection area of the station at about 8:30 a.m. carrying the cup filled with taho.

Police said she was then stopped by a security guard  who asked her to consume the taho before entering the station, citing the tight security measures being implemented by MRT-3.

But instead of complying, police said Jiale refused and allegedly threw a tantrum. At this point, Cristobal intervened to  further explain the security measures. To Cristobal’s surprise, Jiale threw the taho at him.

“It should also be noted that even before the recent ban of bottled water, drinks and liquids, consumption of unsealed food and drinks are prohibited inside trains and stations as this can cause inconvenience, accident and delay to our operations,” it said.

The MRT-3 management then again asked the public to cooperate fully with the intensified security measures at all of its stations.

Jiale was already detained at the Mandaluyong Police Station following the incident.

She is currently facing three complaints filed against her, namely: direct assault, disobedience to agent of person in authority, and unjust vexation.

Chinese nationals led the list of foreigners who were denied entry to the Philippines last year for disrespectful behavior toward immigration officers, the Bureau of Immigration said.  /muf /jpv