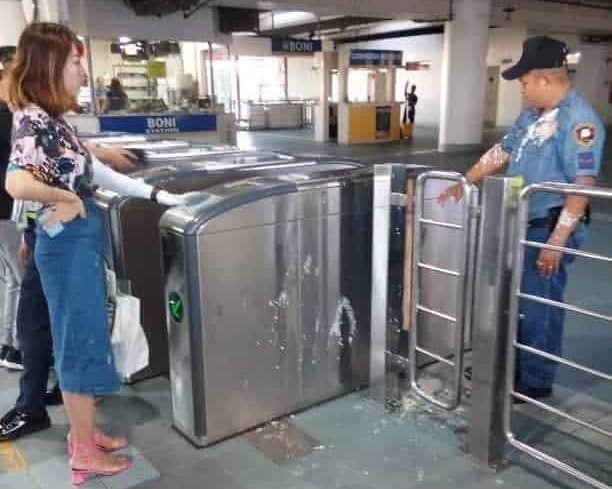 According to a Facebook post by netizen Pau Mesias, the woman threw her “taho” at Police Officer 1 William Cristobal when he stopped her from entering the station.

The MRT-3 management had recently prohibited commuters from bringing inside the station and trains bottled water and other liquids as directed by the National Capital Region Police Office (NCRPO).

In a text message to INQUIRER.net, NCRPO director Guillermo Eleazar said he was still waiting for the incident report before possible complaints of disobedience or unjust vexation could be filed against the woman.

The Chinese woman was brought to a police community precinct in Mandaluyong City following the incident. /muf