Villar not ‘discouraged’ by veto of bill boosting PCA 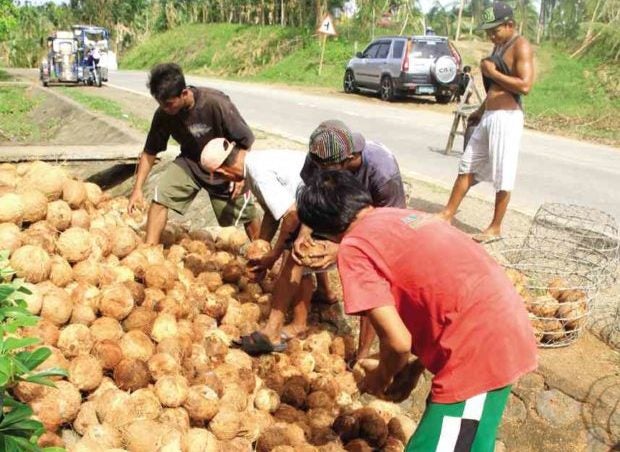 MANILA, Philippines — Sen. Cynthia Villar on Saturday said she was not discouraged by President Rodrigo Duterte’s vetoing a bill aimed at strengthening the Philippine Coconut Authority.

“Certainly, this will not discourage us until we see the day when our coconut farmers, who are among our country’s poorest, benefit from the fund that is rightfully theirs,” Villar, who authored the measure, said in a statement.

On Friday, the President sent a letter to Senate informing it of his veto message on consolidated Senate Bill No. 1976 and House Bill No. 8852 titled, “An Act to Further Strengthen the Philippine Coconut Authority (PCA).”

SB 1976 — the Strengthened PCA Law — seeks to amend the Revised Coconut Industry Code of 1978, or Presidential Decree No. 1468, requiring the reconstituted PCA board to include six farmers, four government officials, and one industry executive.

Villar then said she hoped that she could be more enlightened on the reason behind the President’s decision to veto the bill.

In his letter to the Senate, the President said it the bill lacked “vital safeguards.”

“In the coming days, I hope to be enlightened more on why the President believes the measure lacked ‘vital safeguards’ and will work with him to improve this bill,” Villar said.

She added that the veto should not be taken as a sign of lost hope for “3.5 million coconut farmers who have waited for decades to benefit from the coconut levy funds.”

Under the bill, the PCA board is tasked with managing the coco levy fund.

Meanwhile, Sen. Francis Pangilinan said: “The President’s veto has put a cloud of uncertainty on when the country’s coconut farmers would finally be able to benefit from the coco levy fund. It is their money — from years of toil and sweat,” Pangilinan said in a separate statement.

“However, the veto means we are back to square one,” he said. “We urge fellow advocates of the coconut farmers’ cause to stay the course and again work on the proposed law that would truly be beneficial to the farmers and the industry.” /atm