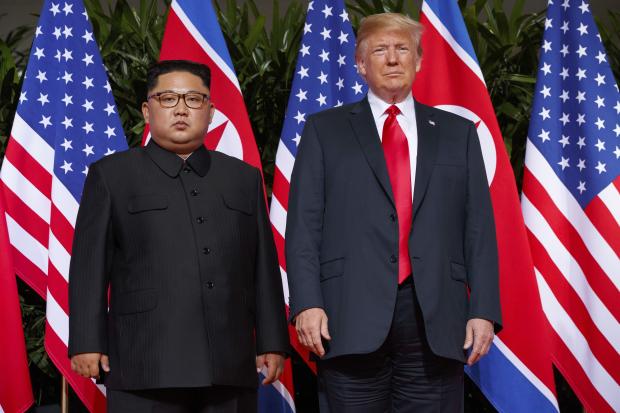 WASHINGTON  — President Donald Trump said Friday that he will hold his second summit with North Korea’s Kim Jong Un in Hanoi and predicted that the authoritarian country would someday become “a great Economic Powerhouse” under Kim’s leadership.

In a pair of tweets, Trump praised Kim and said his representatives had just left North Korea after a “productive meeting” on the Feb. 27-28 summit.

Trump added, “I look forward to seeing Chairman Kim & advancing the cause of peace!”

The president had previously announced Vietnam as the summit location, but the city hadn’t been identified. It will be the pair’s second summit, the first coming last June in Singapore. Kim pledged then to work toward the “complete denuclearization” of the Korean Peninsula, without providing a clear timetable or roadmap.

While in Asia, Stephen Biegun, the U.S. special representative for North Korea, is thought to have discussed specific disarmament steps that Pyongyang could promise at the Vietnam summit and what corresponding measures the United States is willing to take.

In announcing the location of their second meeting, Trump showered praise on Kim, whom he used to derisively call “Little Rocket Man.” Months after their Singapore summit, Trump said that Kim had written him “beautiful letters” and that the two “fell in love.”

“North Korea, under the leadership of Kim Jong Un, will become a great Economic Powerhouse.  He may surprise some but he won’t surprise me, because I have gotten to know him & fully understand how capable he is. North Korea will become a different kind of Rocket – an Economic one!” Trump tweeted Friday.   /muf