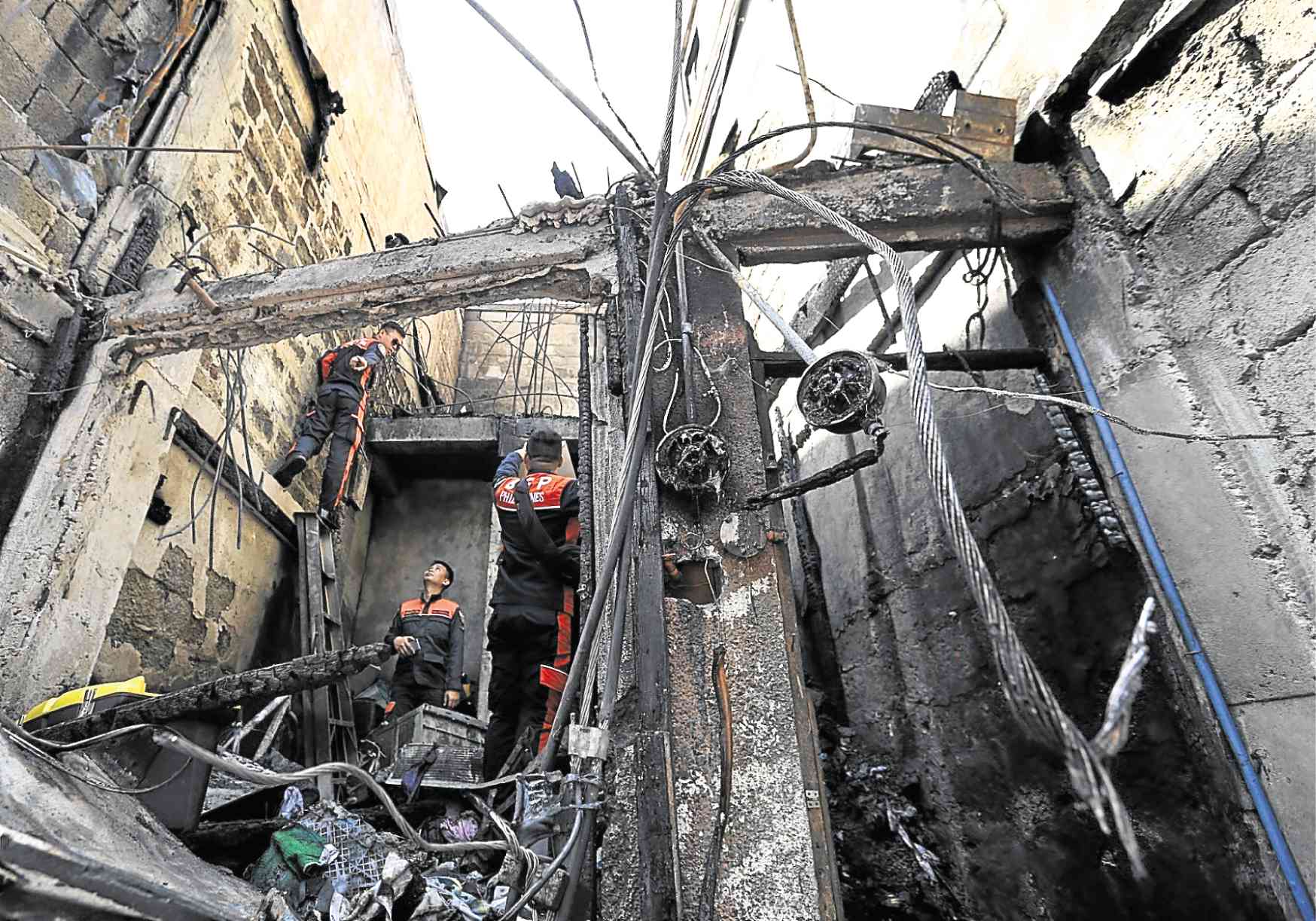 DEADLY FIRE Arson investigators are looking at the possibility that the fire may have been caused by a short-circuit after a computer was left plugged into an electrical outlet. —LYN RILLON

Jasmin Calma could only cry as she watched their house on Almazor Street in Maricaban, Pasay City, go up in flames around 2 a.m. Thursday.

She was the sole survivor in the fire that killed nine members of her family.

She also lost her brother, Julius Guablas, 39, who owned the house; his wife, Rhea, 40; and their children Jhulea Janet, Nichole and Jurick Andrea, who were 16, 9 and 3 years old, respectively.

Calma said she managed to get out of the house by jumping out of a window on the second floor.

“I woke up because of the smell of smoke. I thought it was just someone burning wood but I saw that there was already fire downstairs,” she recalled. 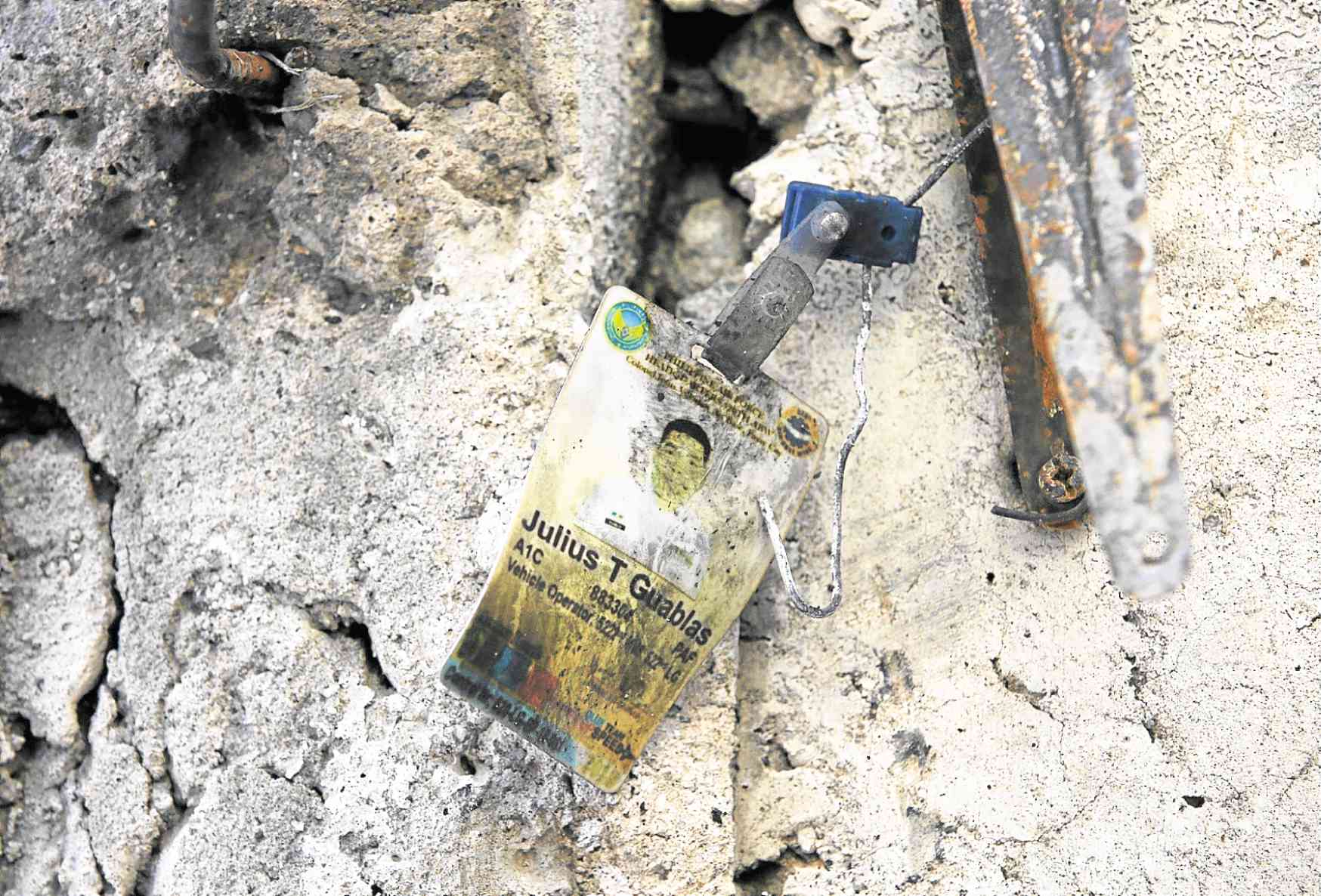 REMNANT The ID card of one of the victims, Julius Guablas. —LYN RILLON

“I woke up my husband who tried to wake up our children, while I went to the family of my brother but they were all trapped,” Calma said.

According to her, the last thing she heard was her husband screaming that it was very hot inside their home.

Firemen later recovered the bodies of the victims in different parts of the house. Their remains were taken to a funeral home to be identified.

Pasay fire marshal Senior Supt. John Pinagod Jr., said that the blaze reached only the first alarm and was put out at 3:14 a.m. It razed the house which was made of light materials.

He estimated the damage to property at P50,000. Arson investigators have yet to determine the cause of the fire.