Election tarpaulins may be bad for your health 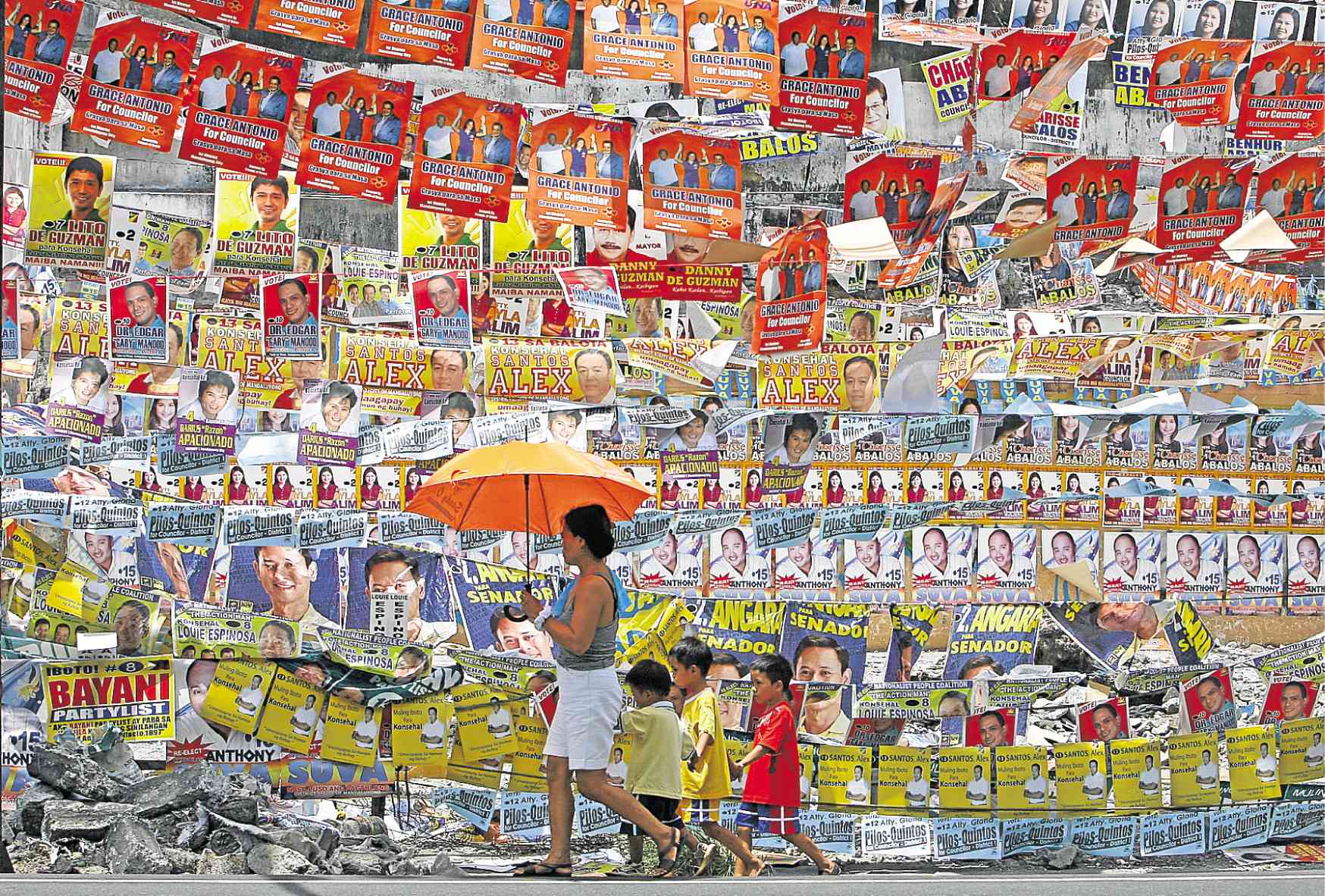 TOXIC TARPS Tests have shown that tarpaulins may contain cadmium, a chemical that may cause birth defects and learning disabilities. —inquirer file photo

With the campaign period for national elective posts starting next week, an environmental and health watchdog has urged politicians to minimize their use of tarpaulins.

In a statement, EcoWaste Coalition warned on Thursday that tests conducted on five tarpaulins made by commercial sign makers in Makati, Manila, Mandaluyong, Pasay and Quezon City showed high levels of cadmium, a heavy metal used as a plastic colorant or stabilizer.

Cadmium has been listed by the World Health Organization as among the 10 chemicals of major public health concern. Exposure may lead to birth defects and learning disabilities.

The tarpaulins, each measuring 24 by 36 inches and bearing the names of fictitious candidates, were sent by the group to global testing company SGS.

Test reports released on Feb. 1 showed that the average cadmium content of the samples was 718 parts per million (ppm), far above the 100 ppm limit set by the European Union for cadmium in plastics.

Thony Dizon, EcoWaste chemical safety campaigner, said the mass production of these posters would also worsen the country’s plastic pollution crisis. The Philippines was ranked as the third biggest contributor to ocean plastic waste, according to a 2015 study by Ocean Conservancy.

“It’s not a simple solid waste issue,” Dizon stressed. “After the campaign, the used tarps will be removed and buried in landfills where cadmium and other chemical additives may be discharged as the dumped materials break down.”

Some banners may even end up being burned, releasing dangerous byproducts of combustion called dioxins, he said.

In 2016, EcoWaste Coalition asked the Department of Environment and Natural Resources to speed up the approval of a strong Chemical Control Order for cadmium and cadmium compounds.