Canada opens doors to some 750 ex-slaves from Libya 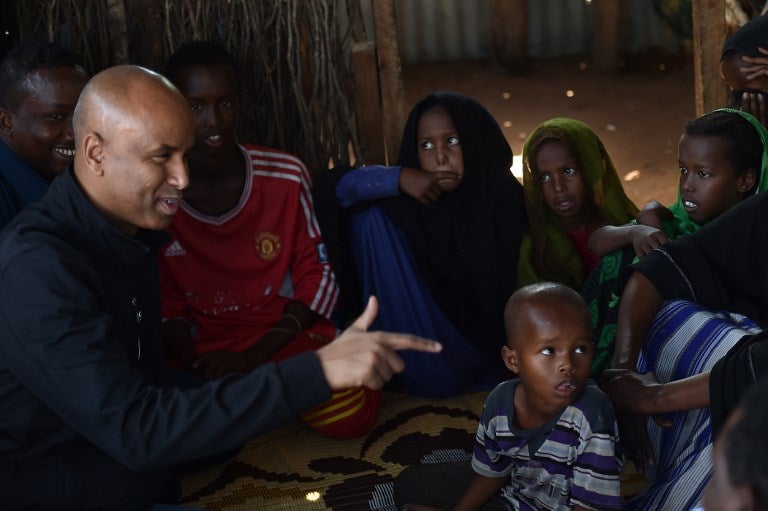 Canadian Minister for Immigration, Refugees and Citizenship Ahmed Hussen (L) visits with a family of Somali refugees who have resided at the Dadaab refugee camp in northern Kenya for 16 years in Dadaab on December 19, 2017. AFP FILE PHOTO

The number of migrants traveling through Libya to reach Europe has increased tenfold since the fall of Moamer Kadhafi in 2011, according to the United Nations.

And their fate was highlighted — dramatically in 2017 — by multiple shipwrecks in the Mediterranean and the broadcast of a CNN report showing a Libyan slave market.

“In 2017, the world was shocked to see the harrowing images of people being sold into slavery in Libya,” the minister said in a statement.

“Canada was one of the few countries to step up to work with the UNHCR to resettle these refugees directly from Libya and offer them a new home in Canada,” said Hussen, himself a former refugee from Somalia.

“Some people have already begun to arrive in Canada,” he added.

A year ago, a UN report addressed to the 15 members of the Security Council and seen by AFP, affirmed that due to political chaos, human trafficking was booming in Libya — and facilitated by rebel and government forces.

“Canadians have always been welcoming to newcomers, and that generosity has helped offer protection to those fleeing persecution, terror and war,” Hussen added.