DILG issues show cause orders to 108 LGUs over solid waste 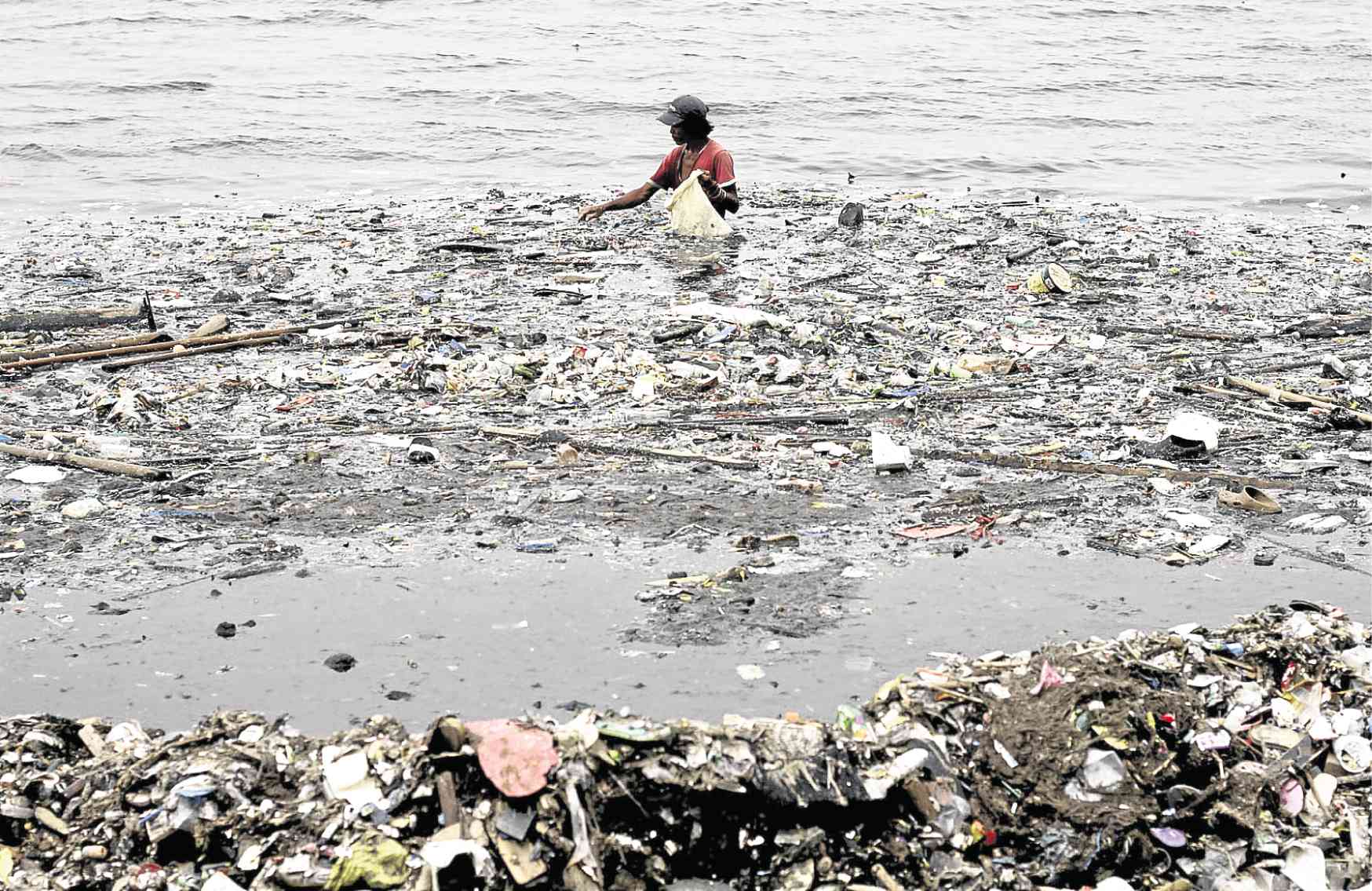 A man looks for recyclables through garbage floating in the Manila Bay. INQUIRER FILE / RICHARD REYES

MANILA, Philippines — The Department of the Interior and Local Government (DILG) has issued show cause orders to 108 local government units (LGUs) for their failure to submit a 10-year solid waste management plan as required by law.

DILG Secretary Eduardo Año said the orders were issued as the government beefed up efforts to rehabilitate tourist spots in the country.

“We don’t want another case of Manila Bay. These LGUs have, unfortunately, been accustomed to leniency. The Solid Waste Management Plan is a requirement of law, yet for many years they ignored it. Hence, we have no recourse but to issue show cause orders to them,” Año said in a statement on Thursday.

Año directed the concerned LGUs to submit within 10 days from receipt of the orders a notarized explanation on why no administrative penalty should be recommended against them for not submitting the solid waste management plan.

The show cause orders will be received by the LGUs as early as next week, said DILG Assistant Secretary Jonathan Malaya.

Citing policy, the DILG did not divulge the names of the concerned local officials.

“We are according these local chief executives due process. But once we have received their reply and validated their explanations, we will be releasing the names of those found to be negligent in the performance of their functions,” Malaya said.

The DILG said most of the LGUs that issued a show cause order were from the Bangsamoro region with 78. Of this number, 31 are from Lanao Del Sur; 18 from Sulu; 11 from Maguindanao; and nine from Basilan and Tawi-Tawi.

Five LGUs from Mimaropa, eight from the Bicol Region; one from Western Visayas; and four each from Cagayan Valley, Calabarzon, Central Visayas, and Eastern Visayas will also receive show cause orders.

The DILG chief also said that the LGUs should immediately submit the plan for the agency to refrain from pursuing further legal action.

“If we need to be upfront and strict, gagawin namin ‘yun (We will do that). All for the proper implementation of the laws of the land and the protection of the environment,” Año said. /cbb