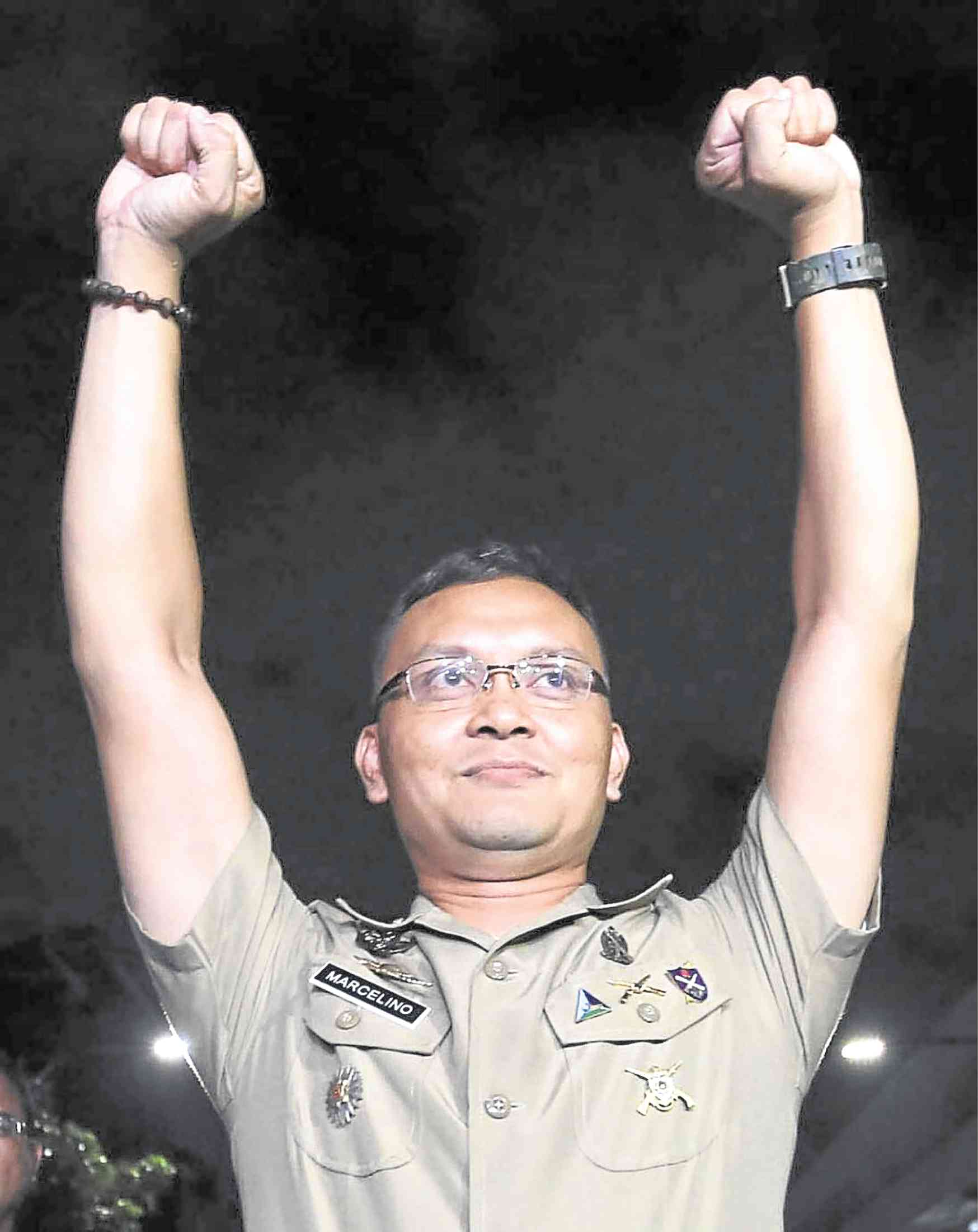 The two top antinarcotics officers linked to the smuggling of P11-billion worth of “shabu” (crystal meth) last year were also behind the shipment of P380 million in illegal drugs seized in Santa Cruz, Manila, in 2016, according to Marine Col. Ferdinand Marcelino.

Facing the Commission on Appointments (COA) at the Senate on Wednesday, an emotional Marcelino recalled his yearlong detention after agents of the Philippine National Police (PNP) and the Philippine Drug Enforcement Agency (PDEA) arrested him while allegedly inside a clandestine drug laboratory on Jan. 21, 2016.

His arrest came as a shock to many as he was known as an antidrug crusader when he served PDEA as an agent.

Marcelino maintained that the charges against him were “fabricated,” saying this was backed by the decision of the Department of Justice to drop the criminal complaint filed by the PDEA and the PNP Anti-Illegal Drugs Group (AIDG) against him.

“I must say that that experience has been horrible,” Marcelino told the panel of lawmakers, his voice cracking.

“Pardon me, sir, if I become emotional when I think about it. It’s not easy to be incarcerated, especially if you didn’t do anything wrong,” he said.

“I actually thought of leaving the military after I was released from prison,” he said. “But I did not falter … As a professional Marine officer, I simply go where I’m told to go and do what I’m asked to do.”

A member of the Philippine Military Academy Class of 1994, Marcelino faced the commission for confirmation of his promotion to colonel. He is now the deputy chief of Task Force Noah, the military’s antidrug unit.

Marcelino told the commission that he learned that then PDEA Deputy Director General Ismael Fajardo and then PNP-AIDG chief Senior Supt. Eduardo Acierto were responsible for keeping the cache of shabu recovered from the Santa Cruz apartment, where he and his Chinese informant, Yan Yi Shou, were arrested.

He said it was “divine providence or divine justice” that Fajardo and Acierto were named as among those who helped smuggle P11 billion worth of shabu through the Port of Manila last year.

“If I were your wife, I would not let you return to the military service,” she told the Marine officer, eliciting laughter from the audience.

At the House of Representatives also on Wednesday, a report by the committee on dangerous drugs recommended drug trafficking charges against Fajardo, Acierto and former customs intelligence agent Jaime Guban in connection with the P11-billion shabu shipment that was smuggled into the country using magnetic lifters.

The committee, chaired by Surigao del Norte Rep. Robert Ace Barbers, also pushed for the relief of current Bureau of Customs (BOC) officials—from the deputy commissioners down to port collectors—to pave the way for a “proper reform and investigation” of corruption in the agency.

Sectioning is a practice at the BOC whereby appraisers and brokers are grouped according to sections and becomes a source of corruption. —With a report from Melvin Gascon