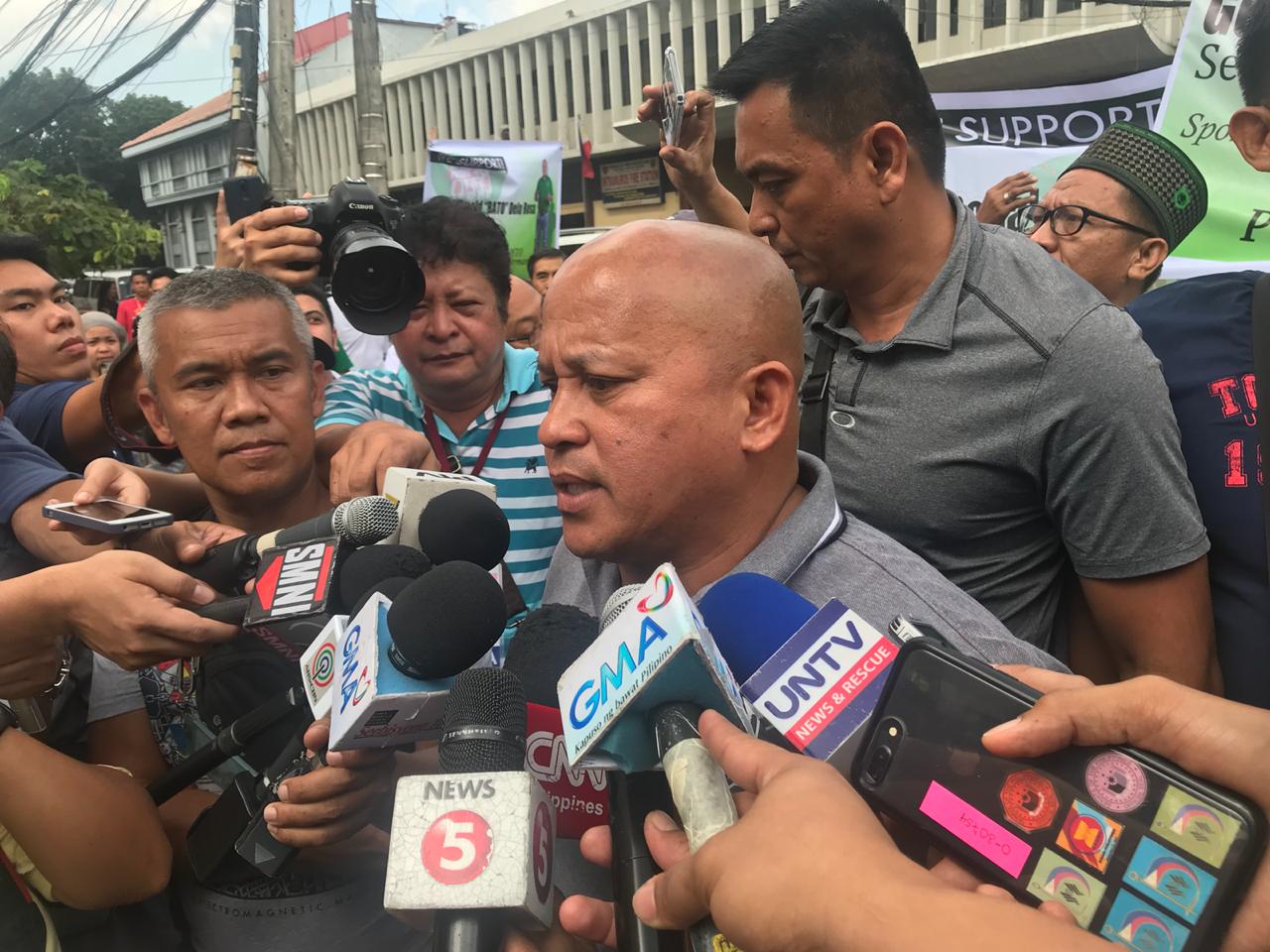 NAGA CITY — Former Philippine National Police Director General Ronald “Bato” dela Rosa on Wednesday visited Archbishop Rolando Tria Tirona of the Archdiocese of Caceres to ask for forgiveness for the deaths that happened under the government’s war on drugs.

Dela Rosa told reporters after speaking privately with Tirona that he asked for forgiveness for the killings.

“I told the bishop that I am asking for forgiveness for all those killed in our war on drugs because it [bothers] my conscience. Even if I was not the one who killed and shot them, I was the PNP chief. It happened under my watch,” he said, adding that he was a God-fearing person.

Dela Rosa was in town as guest speaker at an event at Naga College Foundation.

According to him, the killings left him with a “guilty feeling” and a heavy heart.

He said he always asked for God’s forgiveness and sought spiritual guidance “every time a person is killed in our fight against drugs” and people called him “murderer.”

Asked what was Tirona’s response during their meeting, Dela Rosa said, “The bishop embraced and blessed me. He gave me (a) special something that would protect me wherever I go.” —Reports from Mar S. Arguelles and Michael Jaucian