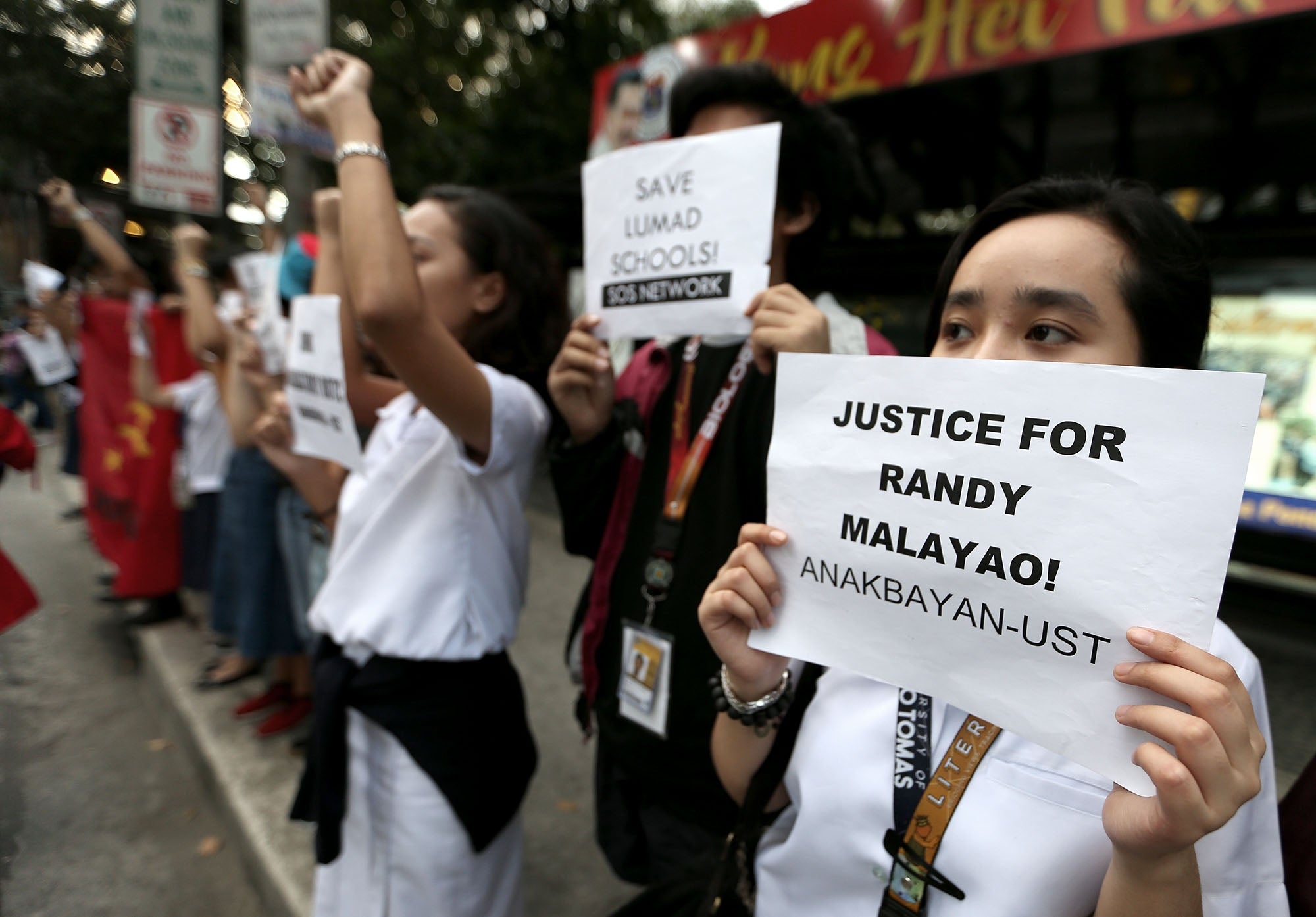 MANILA, Philippines — The Philippine National Police (PNP) in Region 2 (Cagayan Valley) has threatened to file charges against a lawyer and a former board member of rights group Karapatan should they attempt to tamper pieces of evidence on the murder of National Democratic Front of the Philippines (NDFP) consultant Randy Felix Malayao.

According to police, investigators were inspecting items recovered from Malayao after he was gunned down inside a bus in Aritao, Nueva Vizcaya on January 30, when a certain Rina Balgos allegedly interrupted the inspection.

The regional police said in a statement on Wednesday that Balgos represented the victim’s family to obtain the belongings of Malayao and questioned the legality of the inspection being done by authorities. Balgos is a former board member of Karapatan, Supt. Chevalier Iringan, spokesperson of PNP-Region 2, said.

Police said Balgos allegedly warned Chief Insp. Geovanni Cejes, then chief of the Aritao Police Station, that she will report the incident to Congress.

Police also said the victim’s sister Perla Malayao-Upano then appeared at the crime scene but was also apparently swayed by Balgos to not allow authorities to take custody of her brother’s belongings.

In his testimony, Cejes claimed that a certain lawyer named Edu Balgos of Karapatan, warned investigators that seizing Malayao’s belongings is a violation of human rights.

The lawyer is the husband of Balgos, according to police.

(What is your right to hold the belongings of the victim? It’s a violation of human rights. You don’t know what you are doing!)

“We have lost thousands of valuable intelligence information about the CPP/NPA/NDF (Communist Party of the Philippines-New People’s Army-National Democratic Front) including their leaders led by Jose Ma. Sison with the release of the laptop computer, six cellphones, and other valuable pieces of evidence found in the victim’s possession to his family,” PNP-Region 2 director Chief Supt. Jose Mario Espino said in a statement.

Malayao’s belongings are now in the custody of his sister, Iringan said.

“We are seeking the return of the pieces of evidence. They could not tamper with them or else we will be forced to file charges for obstruction of justice against them,” he said.

PNP-Region 2 said Interior Secretary Eduardo Año has requested the return of the pieces of evidence to the police.

“For the Philippine National Police, he is a CPP-NPA member due to his alleged connections with the communist rebels. But on the personality of Randy Malayao. It is known to us what his background is,” Espino said.  /kga