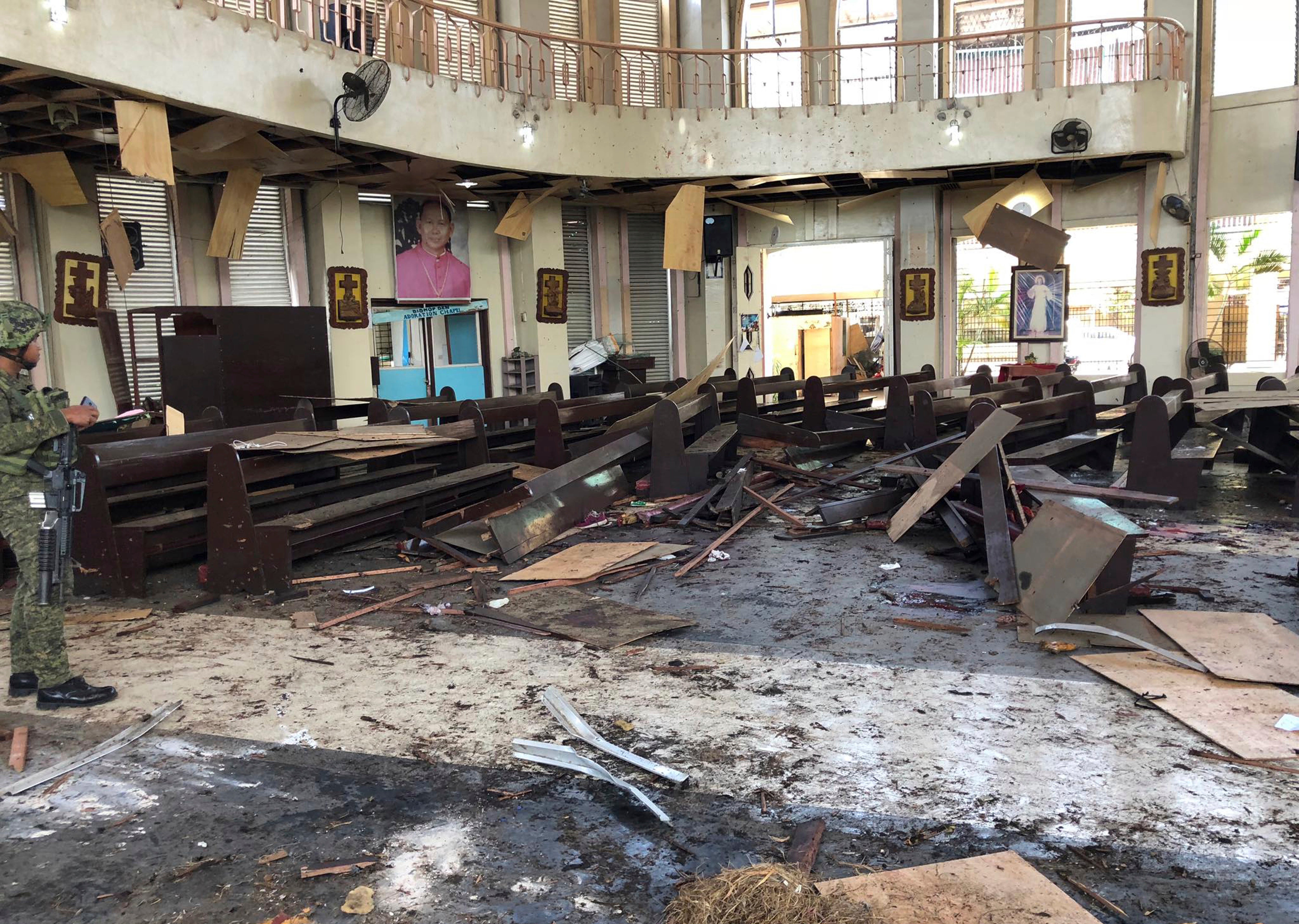 In this photo provided by WESMINCOM Armed Forces of the Philippines, a soldier views the site inside a Roman Catholic cathedral in Jolo, the capital of Sulu province in the southern Philippines, after two bombs exploded Sunday, Jan. 27, 2019. AP

One of those who surrendered was Kammah Pae, alias Kamah, who is allegedly a member of the Abu Sayyaf sub-group Ajang-Ajang, Albayalde said. 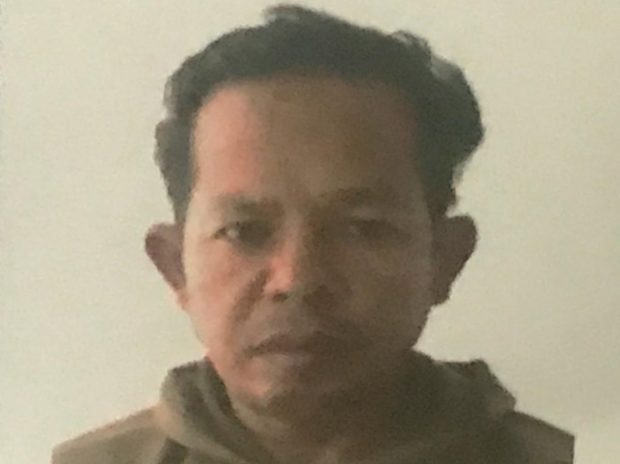 Police released this picture of Kammah Pae, alias Kamah, an alleged member of the Abu Sayyaf sub-group Ajang-Ajang and one of the suspects in the twin blasts at the Our Lady of Mount Carmel Cathedral in Jolo, Sulu. (Photo from Philippine National Police)

Albayalde said the suspects chose to surrender due to the intense manhunt operation against them.

Albayalde said the suspects belonged to a 22-member Abu Sayyaf band led by Hatib Hajan Sawadjaan. The group is believed responsible for the January 27 bombing of the Our Lady of Mount Carmel Cathedral that left 23 dead and 95 injured as of Monday.

Fourteen other suspects remain at large as of this posting. They included Sawadjaan who is being considered as the mastermind of the bombing, the PNP chief said.

Three other suspects, including two suicide bombers, have died. Meanwhile, a certain Ommal Yusop was killed in a police operation in Patikul on January 29.

He said the nationality of the two was surmised through sources and eyewitness accounts and was subject to confirmation, possibly through DNA testing.

A case of multiple murder and frustrated murder would be filed against the suspects before the Office of the Provincial Prosecutor of Sulu, Albayalde said. /cbb