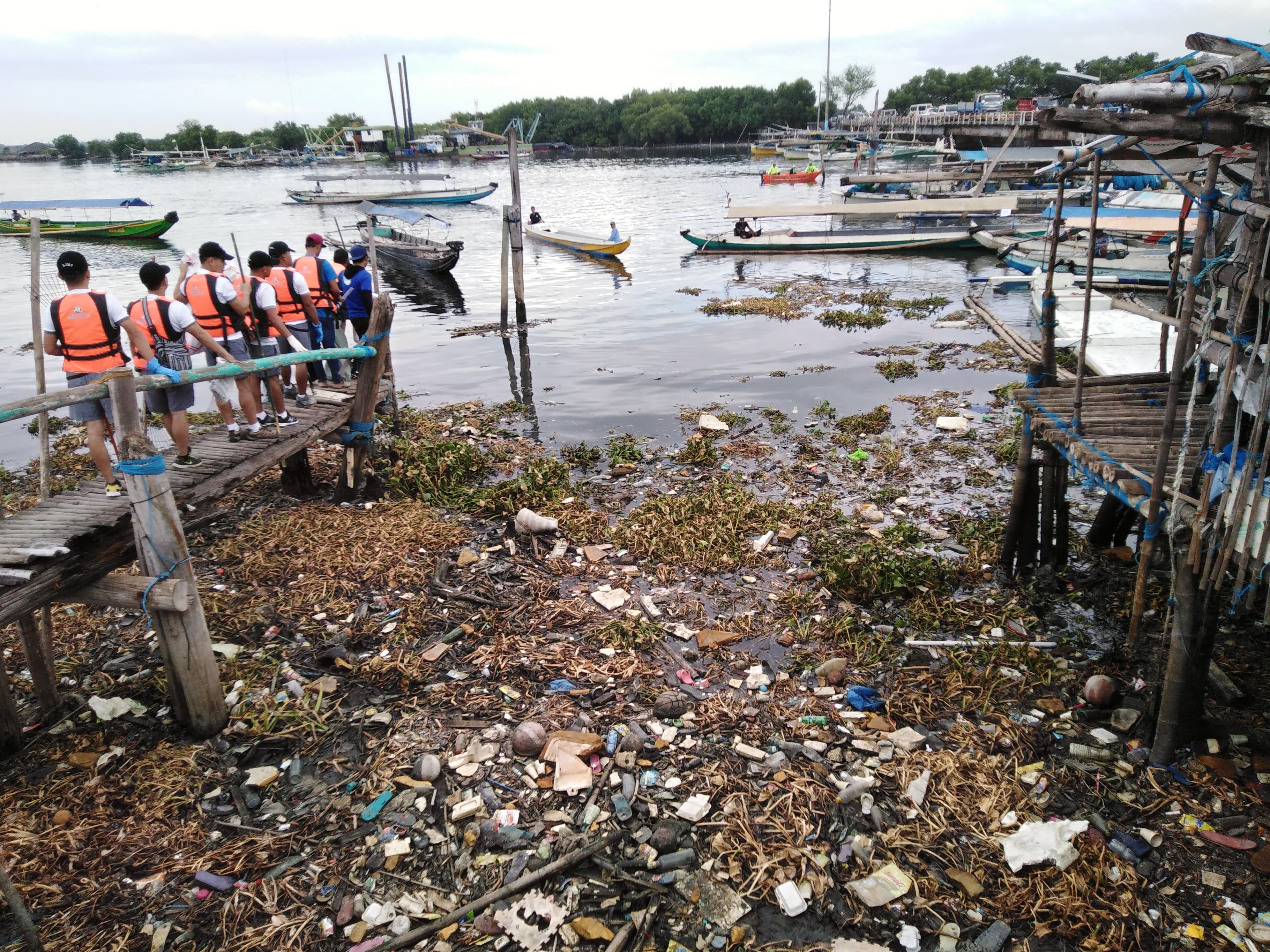 BULACAN CLEANUP Volunteers help clean a river in the village of Tawiran in Obando town, Bulacan province, to support the rehabilitation of Manila Bay. —CARMELA REYES-ESTROPE

CITY OF MALOLOS—Environment officials on Friday shut down more companies in Bulacan province that were found polluting Manila Bay while they required other firms to clear their septic tanks.

Lormelyn Claudio, director of the Environmental Management Bureau (EMB) in Central Luzon, said her office had already served notices of violation, with cease and desist orders, to 15 companies operating along the river system of the City of Meycauayan and Marilao and Obando towns connected to Manila Bay.

Claudio said the outfalls of most of these companies had been either plugged or covered with concrete to prevent draining of untreated wastewater into the Meycauayan and Marilao rivers.

The crackdown was part of local officials’ cleanup drive to support the launching of the rehabilitation campaign for Manila Bay.

The EMB started serving closure notices last week to the initial 13 establishments in Obando and Marilao that were found operating without an environmental clearance certificate.

During the EMB’s site inspections on Thursday, Claudio ordered 14 other companies to undergo septic tank siphoning. “We’re able to siphon off 91,000 liters of septage and 6 liters of grease [from these companies’ septic tanks],” she told the Inquirer.

Environment Secretary Roy Cimatu and other national and local officials launched on Sunday the Manila Bay cleanup to rehabilitate the water body.

Close to 1,000 environmental personnel, villagers, government employees and members of private groups also participated in cleaning rivers and waterways during the simultaneous launch of the campaign in Bulacan. The event was also held in Pampanga, Bataan and Cavite provinces.

Nearly 10 tons (2,000 sacks of garbage) were collected along riverbanks and coastal areas at the mouth of Manila Bay in Bulakan town on Sunday. —CARMELA REYES-ESTROPE