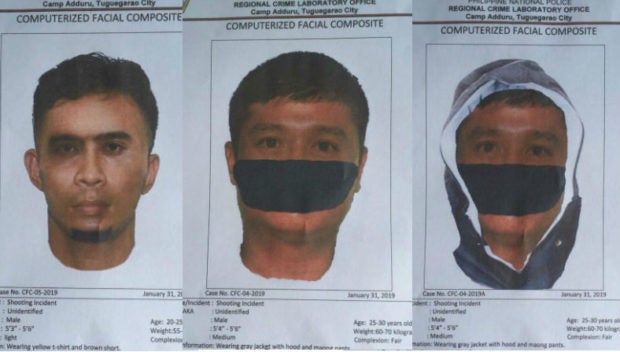 According to police, the gunman – who is between 5’4”- and 5’6”-tall, medium-built, fair-skinned, and possibly around 25 to 30 years old – was wearing a mask and hooded gray jacket during the incident. Police also came out with the sketch of the suspect’s face without the hood.

The second suspect, police believed, was the driver of the getaway motorcycle. Based on information gathered from witnesses, investigators described the suspect to be clad in yellow t-shirt and brown short pants during the shooting; around 5’3” to 5’6” in height, light-built, fair-skinned, and probably around 20 to 25 years old.

Malayao was reportedly asleep inside a bus, which was at a stop in Aritao, Nueva Vizcaya, when the gunman climbed aboard and shot him on Wednesday, January 30. He died on the spot.

Philippine National Police (PNP) chief Director General Oscar Albayalde has ordered the relief of the director of the Nueva Viscaya police and the chief of Aritao police for “apparent lapses” in investigating the murder.

The PNP chief said pieces of evidence taken from the crime scene were allegedly mishandled by investigators. /kga