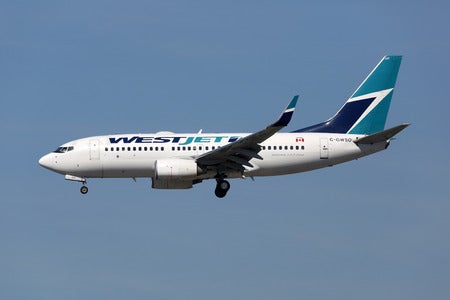 A man from the United Kingdom has been ordered to pay a Canadian airline after a drunken episode during a flight to England caused the plane to turn back and return to Alberta.

David Stephen Young, 44, has to pay WestJet $21, 260 after he pleaded guilty to charges of failing to comply with safety instructions and resisting arrest, as per CBC News on Jan. 29. The hefty fine is to cover the cost of wasted fuel.

Young, a recovering alcoholic, caused a disturbance and became aggressive toward the flight crew and a passenger during his flight last Jan. 4. He apparently had too much to drink while he was waiting for boarding. Only an hour into the flight, the plane had to turn back because Young had become too unruly.

“One has to feel some sympathy for the accused, but as in all criminal legislation, it is trite to say that the voice of the victim must also be heard,” provincial court Judge Brian Stevenson was quoted as saying.

Stevenson pertained to the flight crew, fellow passengers, WestJet and police officers who were affected by Young’s behavior.

Young, before his drunken episode, had been sober for 18 months. He was in Canada to visit his mother and was depressed because of his failed marriage and a death in the family, as per the report.

Young has since apologized for his behavior during the flight. He also served a week at the Calgary Remand Centre before being released on bail.  Cody Cepeda /ra