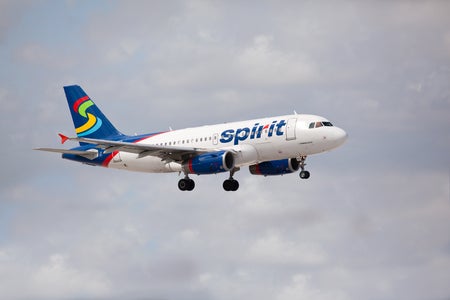 One man has been sentenced to nine years in prison following conviction of sexual abuse onboard an aircraft.

As per the United States Attorney’s Office of the Eastern District of Michigan on Dec. 13, the sexual assault woke the female passenger; she discovered her pants unbuttoned and unzipped. She then asked for help from the flight attendants.

The incident happened last Jan. 3 when 35-year-old Prabhu Ramamoorthy engaged in a sexual act with a sleeping female passenger onboard a Spirit Airlines flight. Ramamoorthy was found guilty last August after a five-day trial before U.S. Judge Terrence Berg in a deliberation that took more than three hours.

As per statement of the Attorney’s Office, the government “admitted evidence demonstrating that Ramamoorthy digitally penetrated the woman sleeping next to him during an overnight flight from Las Vegas to Detroit.”

Ramamoorthy is currently in the United States under a work visa and shall be deported to his home country after serving his 9-year sentence.

“Everyone has the right to be secure and safe when they travel on airplanes,” stated Atty. Matthew Schneider. “We will not tolerate the behavior of anyone who takes advantage of victims who are in a vulnerable position. We appreciate the victim in this case for her courage to speak out.”

Meanwhile Timothy Slater, Special Agent in Charge in the Detroit Division of the Federal Bureau of Investigation, urged citizens to notify flight crew immediately should they or someone they know become victims of a crime during a flight.

“The sentence announced today is proof that the safety and security of all aircraft passengers is a priority for the FBI, our local and federal law enforcement partners, and airline personnel,” Slater said. “If you, or someone you know, is the victim of a crime during air travel, immediately notify a flight crew member, airport security police, and the FBI.” JB